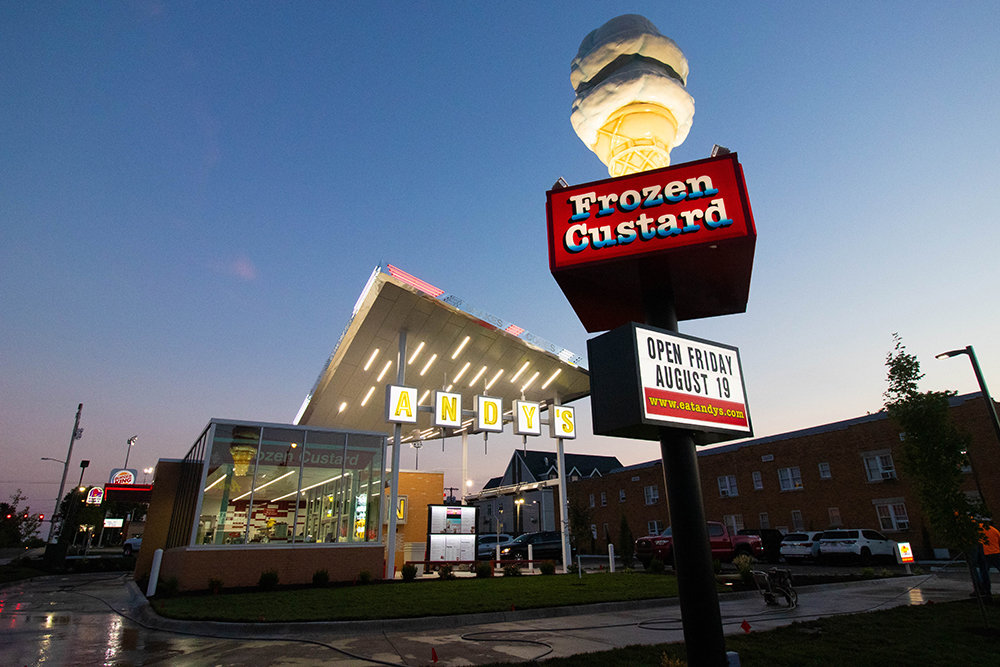 With the opening, Andy’s pays homage to the art shop

Today is the opening day of Andy’s Frozen Custard’s new restaurant, which pays homage to the art shop that once stood on the site.

The store has a feature unique to an Andy’s store: five squares highlighting each of the letters of its name. National Art Shop had similar signage, and the “N” was retained and used with the new building.

“There’s definitely a lot of history there,” Kuntz said. “It’s just the next chapter.”

Prior to housing the art shop, the building which was demolished to make way for Andy’s also housed Brigance Food Lane Market, a Kroger grocery store, Model Market No. 6 grocer and JP Cantrell’s Skelly gas station Oil Co., according to earlier reports. The Brigance grocery store had the same signage consisting of individual squares with letters. Additions have been made over the years and the National Art Shop opened on the site in 1986.

That history was uncovered during the construction process, Kuntz said, as the houses’ old basements and evidence of the old gas station were removed.

“There’s been a lot going on in this corner,” he said.