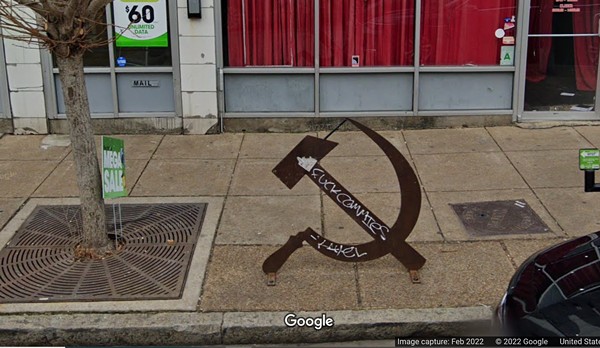 By: Marlene W. Glover
In: Art piece
Click to enlarge

The Hammer and Sickle bike rack was located in front of the old Propaganda Bar.

“Missing art installation,” reads the subject of a tip RFT received this week. “The hammer and sickle sculpture is missing at 2732 Cherokee Street,” the email continued, concluding, “Solve this mystery lol.”

Spoiler alert, we didn’t, but we were intrigued. Who would want this sculpture to disappear? Who would have the basic strength to remove it? And wasn’t it more of a bike rack than a sculpture?

The room was located in front of the beloved Propaganda bar, which sadly closed in May 2019. The Soviet-themed drink was created by Tatyana Telnikova, who came of age in Soviet Russia. It followed in the wake of ArtBar, and Telnikova also owns HandleBar, in the grove. 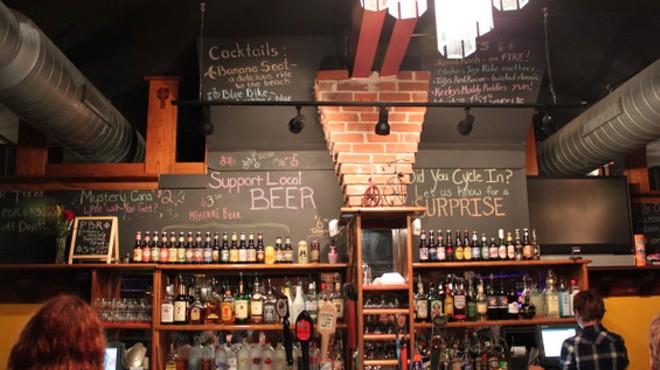 But the bike rack survived Propaganda’s demise and became a Cherokee Street landmark.

And so the RFT put his best reporters on the case. One suggested that a “Trump-ish” contingency in the region might have robbed him, while another suggested, less conspiratorially, that the current inhabitants of the former propaganda space, a bar and lounge called Little Jamaica, simply “may not have wanted a Russian/Soviet symbol in front of their business right now”. (Update: Little Jamaica has reportedly closed.)

Handlebar messages were not returned.

And so, we send this to you, our readers. Do you have any idea what might have happened to that beloved local artwork / sometimes used bike rack? Please send advice to [email protected]