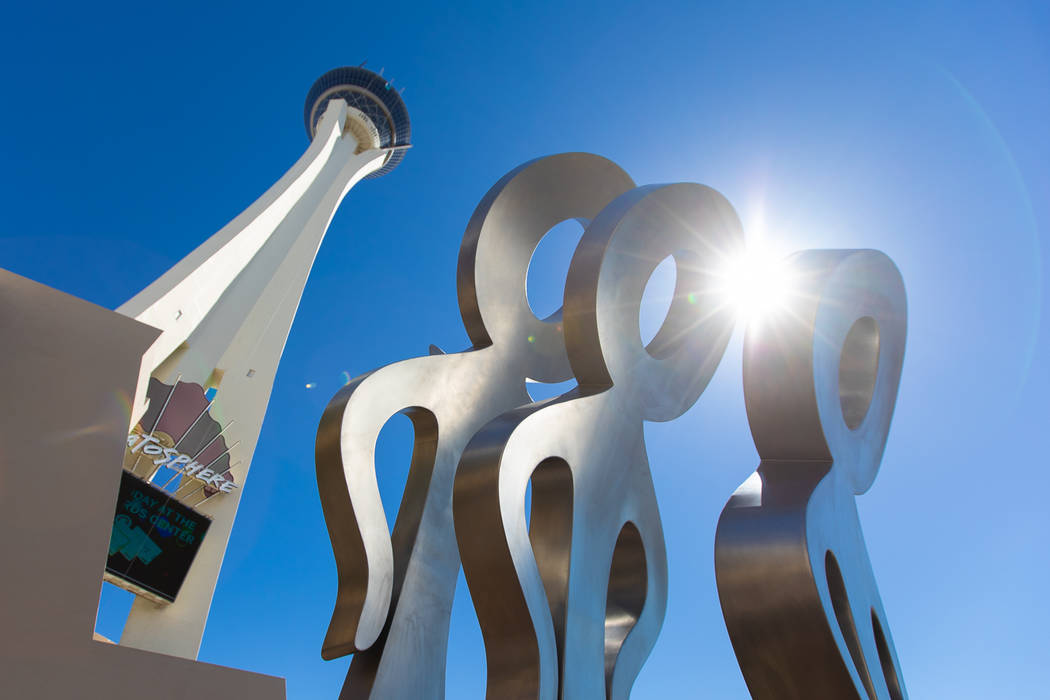 The Strat installs a local artwork on Las Vegas Boulevard

This is the gesture many visitors to Las Vegas make when they walk down Las Vegas Boulevard for the first time. It may accompany the first sighting of a famous building or precede the landing of a harnessed alien jumping from a 1,150-foot-high tower.

We’ve all done it – standing with eyes raised to the sky and a pointing finger outstretched. Then comes the command: “Look! “

This feeling of wonder is one that Golden Entertainment and the artists of Kevin Barry Fine Art wanted to capture in “Look! – a new statue at the recently renamed Strat Hotel, Casino and Skypod.

The statue can be found at the main entrance to the Strat on Las Vegas Boulevard and West Bob Stupak Avenue.

The room consists of three figures who face the sky towards the hotel tower. The tallest figure, at 15 feet, points towards the Skypod with an outstretched arm.

John Barry, director of the company, knew he wanted something iconic.

“It speaks to people passing by. We want them to stop and take note and attract them in a sophisticated way, ”Barry says.

Golden Entertainment President and CEO Blake Sartini wanted to a Signature art room at reflect the the resort New Branding.

“We wanted to create a piece that people would use as a ‘wow’ moment, an Instagram moment,” says Sartini. “The Strat is located at the gateway to the Las Vegas Arts District, which is a testament to the tremendous creative talent we have in our own backyard. “

The statue is the final step in the property’s renovation following the acquisition of Golden in 2017. In addition to the new name and ‘Look’, the Strat plans to incorporate more art into the interior.

“There are some great pieces by local artists that come into public spaces,” Barry says. “Stay tuned.”