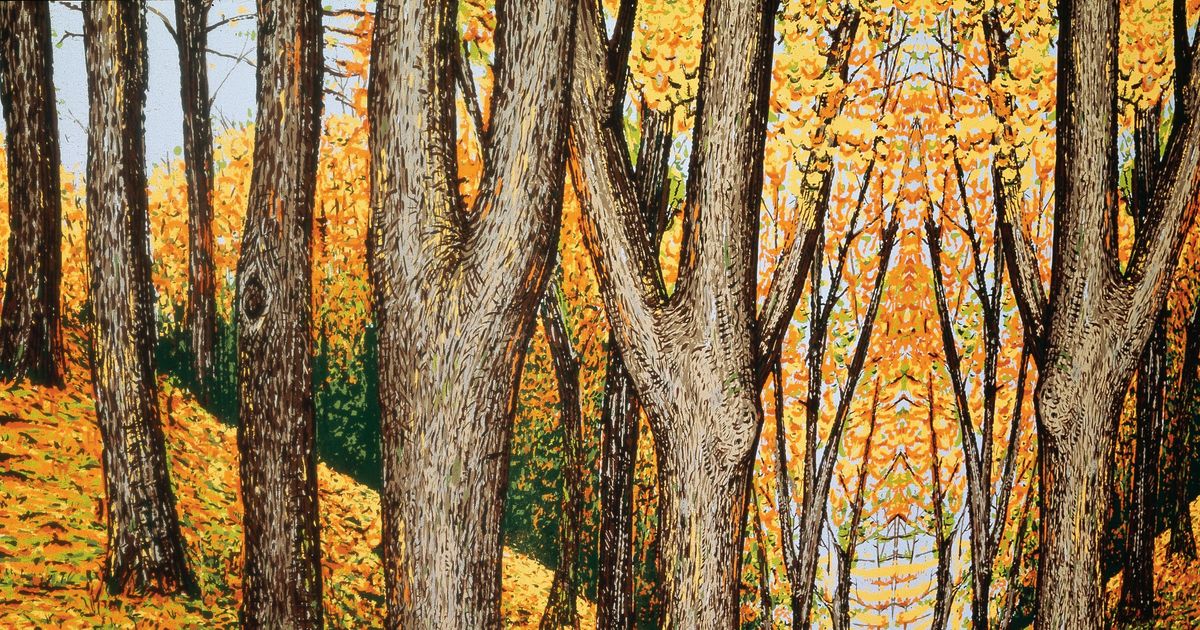 The great and inscrutable Robert Gober

Compared to good art, “it’s much harder to talk about great art,” said sculptor Charles Ray, of Robert Gober’s spooky work, the subject of a 40-year retrospective survey at MoMA, titled ” The Heart Is Not a Metaphor.” “If you asked me what his work is about, I wouldn’t be able to tell you. But that doesn’t mean he doesn’t talk… What I understand… is that I want to see him again. He asks me to be close. Get closer and watch longer or come back tomorrow and watch again. The work whispers “Be with me”.

The melancholic tales of Gober’s work have gripped and bewildered me for 30 years. Imagine Proust simply presenting a sculpture of a half-eaten madeleine or drawings of the only three windows through which he witnessed illicit homosexual encounters. Novelist and critic Jim Lewis, a longtime reader of Gober’s work, is currently writing a catalog essay about him. He admits: “I do not understand the work of Robert Gober. He notes that most of this artist’s commenters also recorded the same reaction. I am one of them. And that’s how I know how good the work is.

The first pieces we encounter in Gober’s stunning new MoMA investigation will likely take viewers to this incomprehensible land as well. There’s a recessed cupboard with no door, a small intaglio engraving of an anonymous cat sitter ad, and on the floor sticking out of the wall – as if crushed by Dorothy’s collapsing house in a strange ounces – a man’s severed leg with a cuff, a hairy shin and an old shoe.

The whole show evokes a house possessed, stripped, abused – Gober’s inner house, ours, America’s. The second gallery focuses on a crazy family of distorted sink sculptures. All evoke inanimate beings, abnormal bodies, secret selves, hybrid bodies in pain, absence, emotional masks put on and taken off. Made in 1984, these are the works that put Gober on the map – albeit on one side. Famous but never as hot as Jeff Koons, Gober has always been considered by the art world as a kind of “good object”, while Koons is considered the “bad object”. This even though the two are quite similar: roughly the same age, from working class families in the northeast, obsessed with sex, religion, history, monstrous levels of craftsmanship, hygiene and cleanliness (Swallow with sinks, Koons with vacuum cleaners). Gober’s sinks, crafted from plaster, wood, metal slats and topped with layers of bland semi-gloss enamel, hang low, are exoskeleton ghost sculptures, dysfunctional without running plumbing. All holes and bowls, some look like mouths and more like urinals or creatures with needs – goofy, funny, wanting, weird. Gober said, “What do you do when you stand in front of a sink? You cleanse yourself … (these sinks are) on the inability to (do this).

As you move deeper into this apparition house, be warned. The repeated pallor of his palette, the hermeticism, the almost empty rooms and the surrealism can make Gober’s art pale, monotonous, joyless. In the next gallery, two twisted playpens could maim any child’s inner compass, but the work is optically inert, emotionally obvious. Gober does ambiguity better. Much better. Which brings us to a sort of skeleton key to Gober’s work. A simple piece of plywood, made in 1987, leans against a wall. That’s it. Look carefully at surfaces, edges and materials. Carefully crafted from laminated fir and particle board, it’s a masked, camouflaged work, passing like a piece of plywood passing as a sculpture passing as art, blending in, acting in a sense all in to be another one. It’s a drag sculpture.

A 1979-1980 work, made when Gober was 25, a large dollhouse, is a near-perfect hand-crafted recreation of a typical working-class American home. It’s the kind of house you might pass on a shortcut on the way to school and think about how relatively normal life inside must be. In this exhibition the work is shown with its sides closed, and therefore hidden, but in other exhibitions they have been opened, exposing what is inside all of them. Inside, the house seems abandoned, and the walls are covered with painted scenes of roads, landscapes, shapes of states. Alarm bells are ringing. They are images of nostalgia, of loneliness, of dreaming of other places, of going out, of moving away. That empty closet, that severed leg, and those disembodied sinks all turn into “oddly floating ghosts” of Whitman. It’s someone’s prolapsed life.

Nearby, another empty door – and a work one of Gober’s top critics – curator Richard Flood called “a curious bag of groceries”. A hermaphroditic torso with a male breast and a female breast. Human hair has been plucked. It’s as manic as a Jeff Koons sculpture. Grouped on the ground and leaning against the wall like a bag of gravel, it is a body in conflict, with psychic borders that are bulging, contested, cursed, full of possibilities. By this point in the show, you’ve seen all kinds of hyper-realistic toned body parts sticking out of walls, in corners, on the floor: a pair of man’s legs with drains, another grows candles , another has built-in partitions on her bare posterior. A large cement crucifix spouts a jet of water from Christ’s nipples into a hammered hole in the floor of the museum. Tears, food, violence and sex mingle in this image of sacrifice and violent death. There is an empty wedding dress in a room carpeted with repeated images of a sleeping white man and a hanging black man. It sends chills. Much like a truncated naked female torso giving rise to an adult male leg with shoe and pants, feet first. When this untitled 1993 work was first shown, I remember many being outraged at the perceived misogyny, hatred. Gober’s own mother said “Bobby, why would you do something like that?” Maybe it just says we were born that way. Anyway, a lot of these works still make the hair on the back of my neck stand on end. As always with Gober, the important thing is not what the work says, nor what it is about, but what it does. for you – what it conjures up in you.

But where does it come from, this strange, grotesque hell that is both horrifying and unshakeably personal, intimate, familiar? Gober’s art comes from many places and cannot be reduced to identity politics, gender, religion, race or psychology. However, it is useful to look at a context that contributed to forging this art. In 1981, the New York Times published a one-column article titled “Rare Cancer Seen in 41 Homosexuals”. An outbreak occurs among men in New York and California. AIDS had entered the country. Rather than the United States stepping up and the sick being rescued by family, religion, and government, gay people were shunned, left to fend for themselves, and died in public. By the time President Ronald Reagan finally spoke the word AIDS, more than 21,000 American citizens had succumbed to the disease. It’s hard to imagine what New York was like back then, what a subway ride was like. Emaciated, scarred, scared men everywhere. People are afraid, despise each other. Hate crimes were directed against gay men and women; sodomy was declared a punishable offence. Gober’s and our house had become a house of death. Gober said, “I was a gay man living at the epicenter of America’s worst health care epidemic of the 20th century.” He later wrote that “it was primarily homosexuals…who organized to care for their own when their families and government recoiled in bewilderment and fear…if gay people could overcome discrimination…their achievement would be remarkable” . As surreal and out of reach as his art may seem, this is what the world really looked like at the time.

One of the final pieces of the show offers such sweet nourishment and hope. A simple potato imprint of Rodgers & Hammerstein’s 1959 words Climb every mountain, I found myself humming this song as I absorbed all the grief and lost souls discussed here. It’s pure schmaltz, maybe. But that’s part of what we’re made of: springing up unexplainable feelings. And even when these feelings come from show tunes, they can add up to sublimities. Gober’s work exhorts, annoys, lulls, lets boredom rush in. Yet she almost always exudes a radical uncanny and, in her own weird way, heals. He is one of the best American artists of the last 30 years. This impressive display does it more than justice.