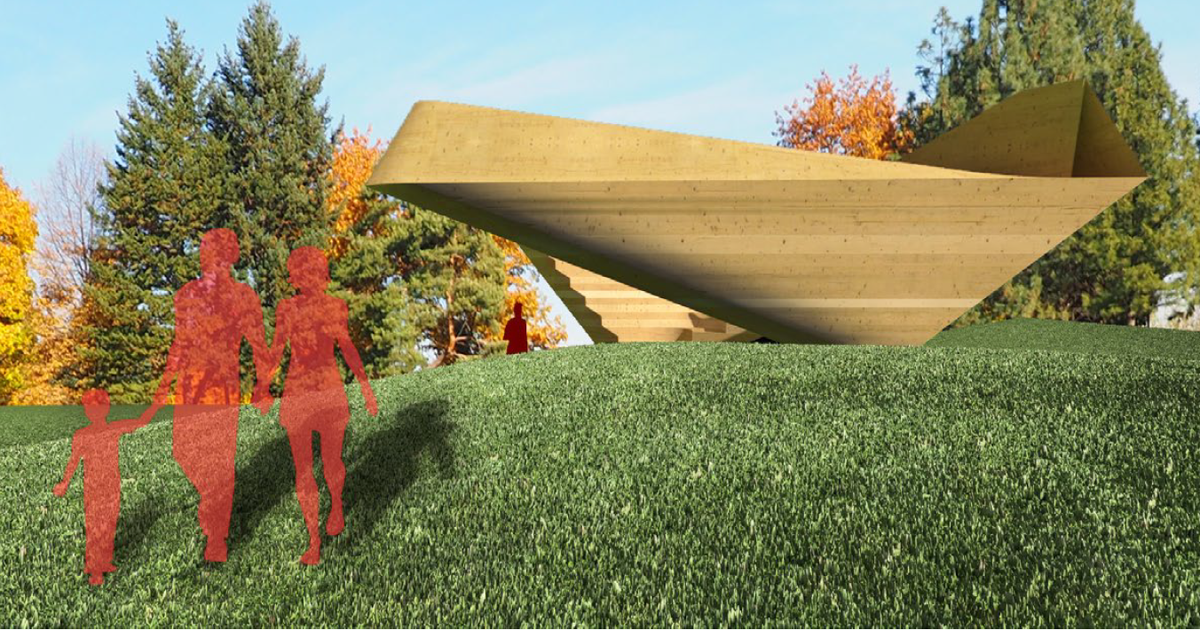 The new Riverfront Park has its signature piece of art, but where it will go is still up for debate.

A near-unanimous Spokane Park board of directors gave its approval Thursday afternoon to “Step Well,” a $ 360,000 room designed by renowned artist and architect J. Meejin Yoon as part of the redevelopment of the $ 64 million park. The room is expected to be built by the end of next summer, said Melissa Huggins, executive director of the nonprofit Spokane Arts that coordinates the project with Yoon.

After the design received its first approval last month from a panel of park officials and members of the local arts community, Yoon returned to Spokane earlier this week and suggested a second site for the piece. The installation could be built in Clocktower Meadow just across the Spokane River Canal from the new Looff Carrousel building, but Yoon also suggested placing the room near the site of the old YMCA building overlooking the suspension bridge.

“She feels like the location of the room there would give you a truly incredible view of a more majestic section of the Spokane River,” Huggins said, presenting the land to the park council on Thursday afternoon.

The room will be approximately 9 feet tall and rival the dimensions of the Red Wagon facility in the southeast corner of the park. It will be built on a surface that can withstand heavy foot traffic, Parks Director Leroy Eadie said, as the room is intended not only for public inspection, but also for use.

“It will be a surface that will also take a lot of foot traffic,” Eadie said.

Before voting for the one ‘no’ one, Jamie SiJohn, board member for Park, a member of the Spokane tribe, asked Huggins why the piece drew heavily on Indian and Pakistani architecture, rather than ‘more local influences.

“I would like to know why India and not our beautiful community here,” SiJohn said. “Why hasn’t there been any inspiration drawn from here?” “

Huggins said Yoon met with the elders of the Spokane Tribe to develop his design for the piece. Its slanted and angular design is meant to evoke the Expo ’74 logo, a strip of multicolored Mobius resembling the laminated wooden structure of the staircase which should be able to seat between 65 and 75 people.

SiJohn was the only member to oppose the design of the structure, as well as a comprehensive plan to promote artwork throughout the park with information signs. The final tally was 10 votes to 1.

Huggins said after the meeting that she hoped to bring in a proposal for the room’s final location at the park’s next full board hearing in May. The money for the art installation was set aside by the park council at the start of the park redevelopment project, which is expected to be completed by the end of 2019.