Revue d’art: Cathy Cone superimposes the past and the present in “Once upon a time” at the Minema Gallery | Art review | Seven days

Like visual analogues of a foreign language, Cathy ConeThe black and white photographs of escape easy interpretation. Viewers may wonder what happened just before an image was created, or if any clues to the mystery lurk beyond the frame.

What to do, for example, with the table in “Setting Place”? Shot directly overhead, a dead pheasant rests on a clear glass dish. Next to the stationary creature is a white triangle – a folded paper napkin – with a fork resting in its center. We recognize the objects. We admire the saturated black and crisp white of the photograph, the texture of the feathers, the neat alignment of the bird’s beak and the pointy napkin. Still, it seems the mystery itself is the subject.

“Some people call this recognizing the unrecognizable,” Cone said.

She doesn’t take pictures; she makes them, Cone pointed out. Through a certain alchemy of intuition, meditation and technology, she creates images that make us linger, absorbed, in front of them.

Seven of Cone’s black and white piezographic photos, richly printed on Hahnemühle Photo Rag paper, are currently on display at Johnson’s Minėmå Gallery. Six share a modest space wall, one is displayed in the store window and all are worth a viewer’s gaze.

However, demanding attention, the half-dozen brightly colored works hang across the rest of the room.

These represent an entirely different direction in Cone’s work: pewter portraits that she scans, enlarges, and reproduces in limited edition archival pigment prints. She then paints them by hand in gouache or watercolor or draws digitally on their surfaces.

These evocative images are rooted both in the history of the first photographs and in the distant lives of their subjects. As such, they give meaning to the title of the exhibition, “Once Upon a Time”.

Cone said she has been collecting tintype since the 1970s. Popular when the Civil War raged and in the early 20th century, the format allowed ordinary people to obtain portraits. Eventually, images of these forgotten ancestors found their way into antique stores and estate sales.

Most of the manipulated portraits on display at Minėmå are individual faces, and most are of women. In one piece, titled “Poise,” Cone cut a portrait of a young woman into enigmatic organic shapes, printed them on rose-pink paper, and drew over the resulting image in a darker pink shade.

One group composition, titled “Three Guys”, depicts a trio of men who could be brothers, friends or co-workers. Cone has given her a magenta watercolor wash, but the stares of the three guys stand out.

In the largest work in the exhibition – a long horizontal piece titled “A Capella Crack” – Cone combined several faces, male and female, on two levels. She augmented the portraits with stylized designs and botanical shapes, and lined the lower level with strips of vintage floral wallpaper. The whole composition, framed in yellow and red, is lively and luscious. What would those serious people think of their faces now? 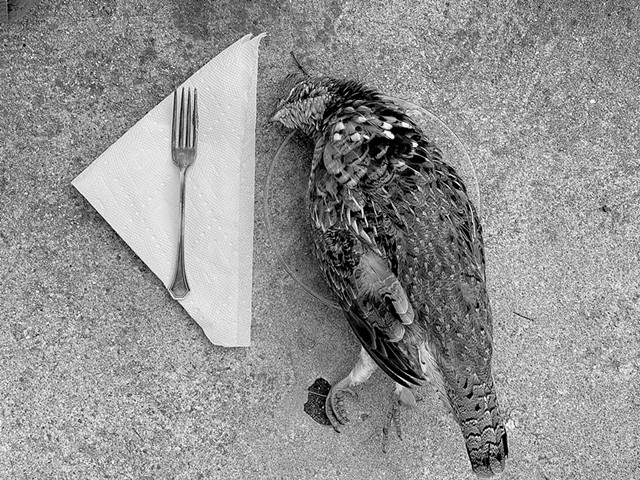 All tintypes have one thing in common: static poses – subjects had to stay still for a long time and apparently did not smile.

Cone however finds nuances in the faces. “There is something about the look that interested me,” she said. “There is an inner reflection that has its own space.”

Once she scanned the portraits – many originals are quite small – and enlarged them to a workable size, Cone made her additions, which she likened to “painting their aura.”

“These people are time travelers,” she said. “They are messengers from another time.”

But the messages are obscure. Photographers and subjects are now unknown. Images are like documents with most facts redacted.

In response, it’s tempting to invent stories or personalities for these people – who they might have been, what their clothes, hairstyles, or expressions tell us. Among the “Three Guys”, one looks a little mischievous, another gloomy, the third as if he had better things to do. But these are imaginations; the artist herself is “not interested in a linear story,” she said. Cone prefers to “sit down with this frozen gesture and contemplate it. 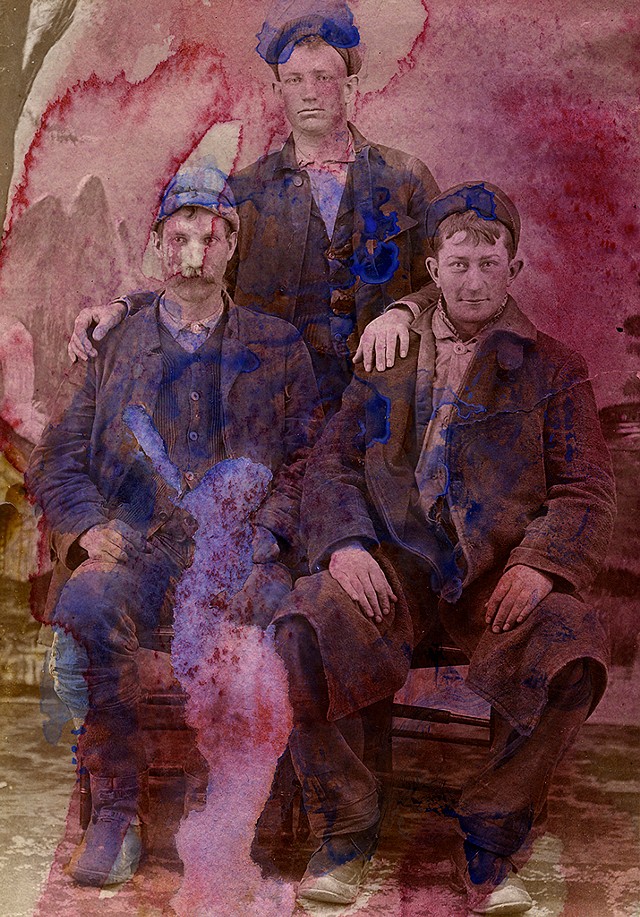 “It’s like a duo – the twinning appears, the photo and the painting,” she continued. “Each has their own integrity, but they come together – it’s kind of a magical meeting place.”

Cone said she liked the presence of her hand in these works of art. But she also appreciates the superimpositions made possible by the photographic and printing processes. For this, it has the considerable advantage of working at Cone Editions Press – the famous printing and educational center at East Topsham. She and her husband, master printer Jon Cone, founded the studio in Port Chester, NY, in 1980 as an artists’ print collaboration.

Four years later, Jon Cone started experimenting with computers and invented a number of engraving technologies over the years. Cone Editions is considered a digital pioneer in the field. He also developed inks and software processes for Epson inkjet printers. The couple moved their home and business to Vermont in 1990.

Cathy Cone is the Creative Director of Cone Editions. “I do a lot of outreach, I create print dates for the artists, I think with the team afterwards,” she described. “From May to October, we offer various workshops and we have new programs, including residencies. ”

But “the gist” of Cone is the cut, she said. “When people bring in their work, I really like it – helping people sort their portfolios.”

While Cone usually sorts her own work, for this exhibit she thanks Minėmå owners and life partners, Kyle Nuse and Michael Mahnke, for their curatorial roles. “I think they have a nice poetic vision,” Cone said.

This vision, it seems, corresponds to his.