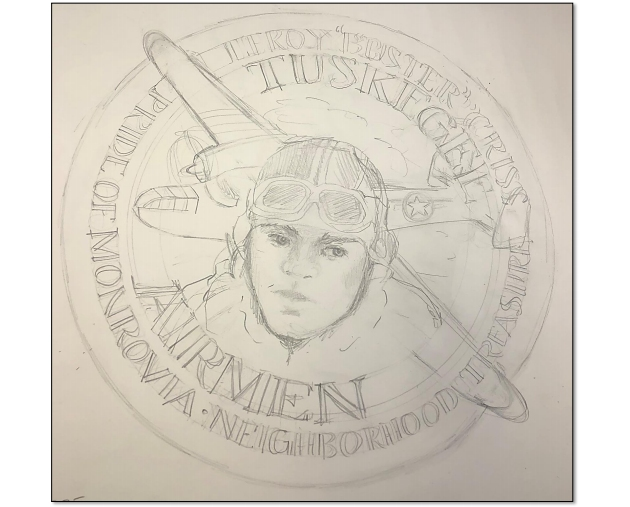 MONROVIA, CA – A new piece of public art honoring one of Monrovia’s unsung heroes will be on display soon after city council gave unanimous approval on Tuesday to spend $ 15,000 on its creation.

Monrovia’s Art in Public Places’ Neighborhood Treasures program celebrates the city’s unsung heroes who have made a cultural or historical contribution to the community. Leroy “Buster” Criss was chosen as the recipient of the honor last year, according to Craig Jimenez, the city’s director of community development.

Criss was one of the first black Americans to fly for the United States Army in World War II as a Tuskegee aviator. A raised metal plaque bearing his likeness will be installed in late July in the 200 block of East Maple Avenue, where he lived. A public unveiling ceremony is scheduled for mid-August.

Mayor Tom Adams, who also sits on the Art in Public Places committee, called Criss’s inclusion as a neighborhood treasure exciting and “long to come.”

Criss was a resident of Monrovia who attended what was then known as Monrovia-Arcadia-Duarte High School in the early 1940s. He took flight lessons at Monrovia Airport, which ceased operations in 1952, before joining the military in 1943. After the war, Criss taught high school for almost 40 years but was unable to teach his alma mater due to anti-black prejudices. , Jimenez said.

City officials appealed to local artists earlier this year for design proposals for the Neighborhood Treasures plaque and ultimately received three submissions. The Art in Public Places committee ultimately opted for a design by Donna Hargett that features an illustration of Criss in the foreground and the bomber he flew in the background.

“It was unanimous less than two minutes after everyone saw the different works of art that [Hargett’s proposal] was so exceptional, ”Adams said.

The Neighborhood Treasures plaque will not be Criss’ first memorial in the city. A group of Monrovia High School alumni led an effort to install a plaque on campus in May commemorating the life and achievements of the former alumnus.