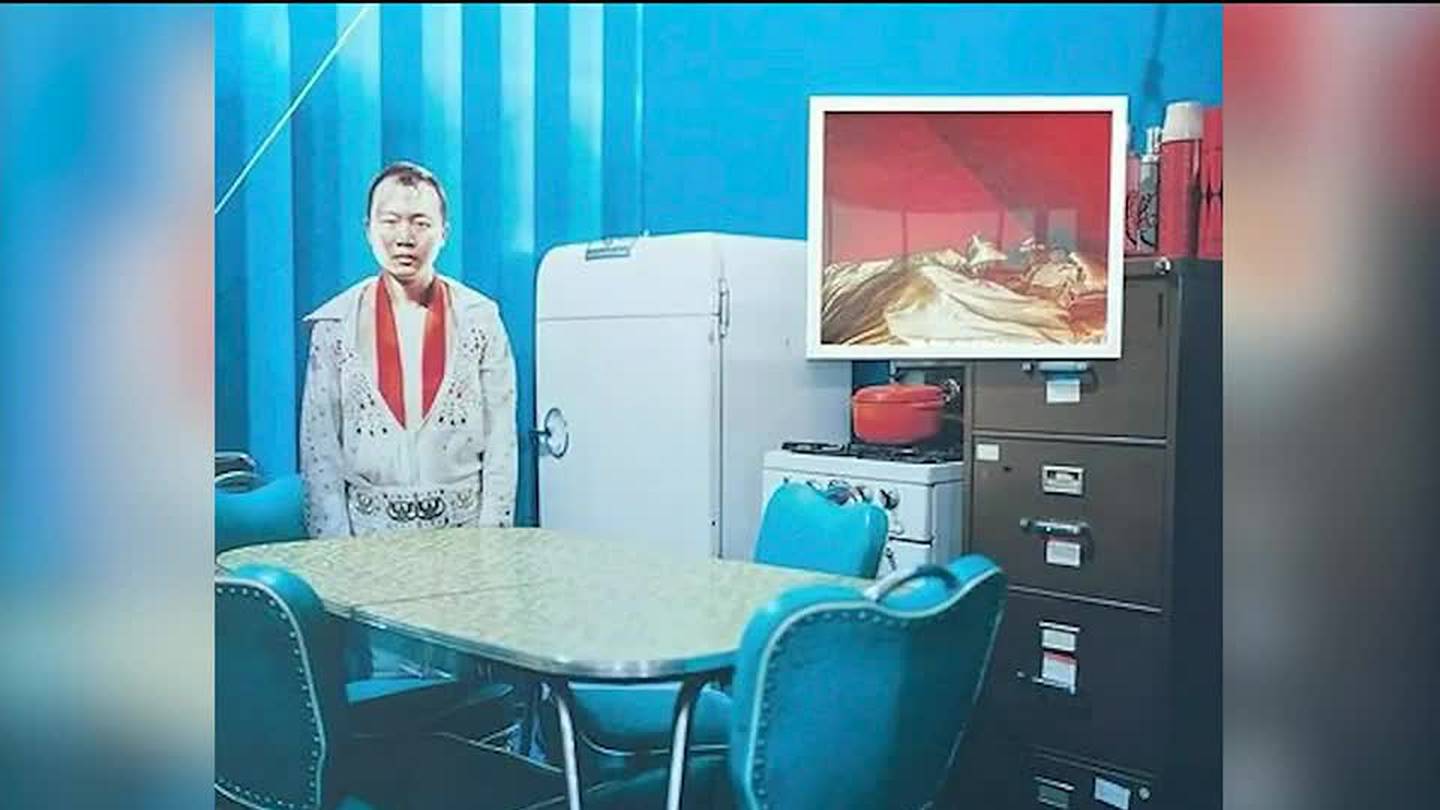 MEMPHIS, Tenn. – This is a self portrait – Tommy Kha, an Asian American artist, dressed as Memphis icon Elvis Presley.

The part was ordered by the airport for its new Concourse B, but it was dismantled.

“This one is getting a lot of attention because of the controversy,” said Anthony Lee, a local artist who has worked with the city of Memphis in the past.

He says the airport is now controlling the damage after receiving complaints, including racist comments about the art.

Kha is a Memphian. He grew up in Whitehaven up the road from Graceland and Memphis city leaders say they support the portrayal.

“To be frankly honest, I found the artwork beautiful and interesting,” said council member Chase Carlisle.

The airport authority released a statement saying that when the airport created its art program, it was not going to purchase artwork depicting public figures or celebrities. They made an exception for Kha’s play. However, public reaction was strong, so the play was temporarily removed.

The UrbanArts Commission, which recommended Kha’s work, also released a statement saying: “We openly oppose the removal of Tommy Kha’s installation from the exhibit, particularly the overtly racist comments made online in the development of this situation.

Lee says he doesn’t believe it’s a race problem but an Elvis problem.

Lee says Kha has done his bit as an artist and says art isn’t always for everyone.

“If the audience doesn’t like it, they got paid for their work, you know,” Lee said.

On Tuesday afternoon, the airport released a statement reinstalling the artwork. He said the following:

“Over the past 24 hours, we have heard from many members of our community regarding the temporary removal of Tommy Kha artwork from the new lobby. The Airport Authority appreciates the support the community has shown Tommy and we have made the decision to reinstall the artwork. We apologize to Tommy for the effect this ordeal has had on him. As stated yesterday, when the airport created its art program, our goal was to purchase and exhibit artwork that did not include public figures or celebrities, but made an exception in this case. The Airport Authority will continue to focus on local artists, diversity and inclusion with this arts program, and we will explore other best practices to address how we handle complaints and public feedback about our works of art. according to Memphis Airport.

The artist shared a thank you message on Twitter on Tuesday evening:

FIRST, I want to thank everyone: friends, classmates, family and supporters for coming over the past 24 hours. It’s the very definition of what Memphis is: community. I hope I can continue in some way to help others uplift.
Pt 1

I want to keep the door open because I think there are lingering feelings that should be addressed,
a public forum perhaps where we can discuss what happened that can better serve the community.
Pt 2

Download the FOX13 Memphis app to receive alerts on breaking news in your neighborhood.