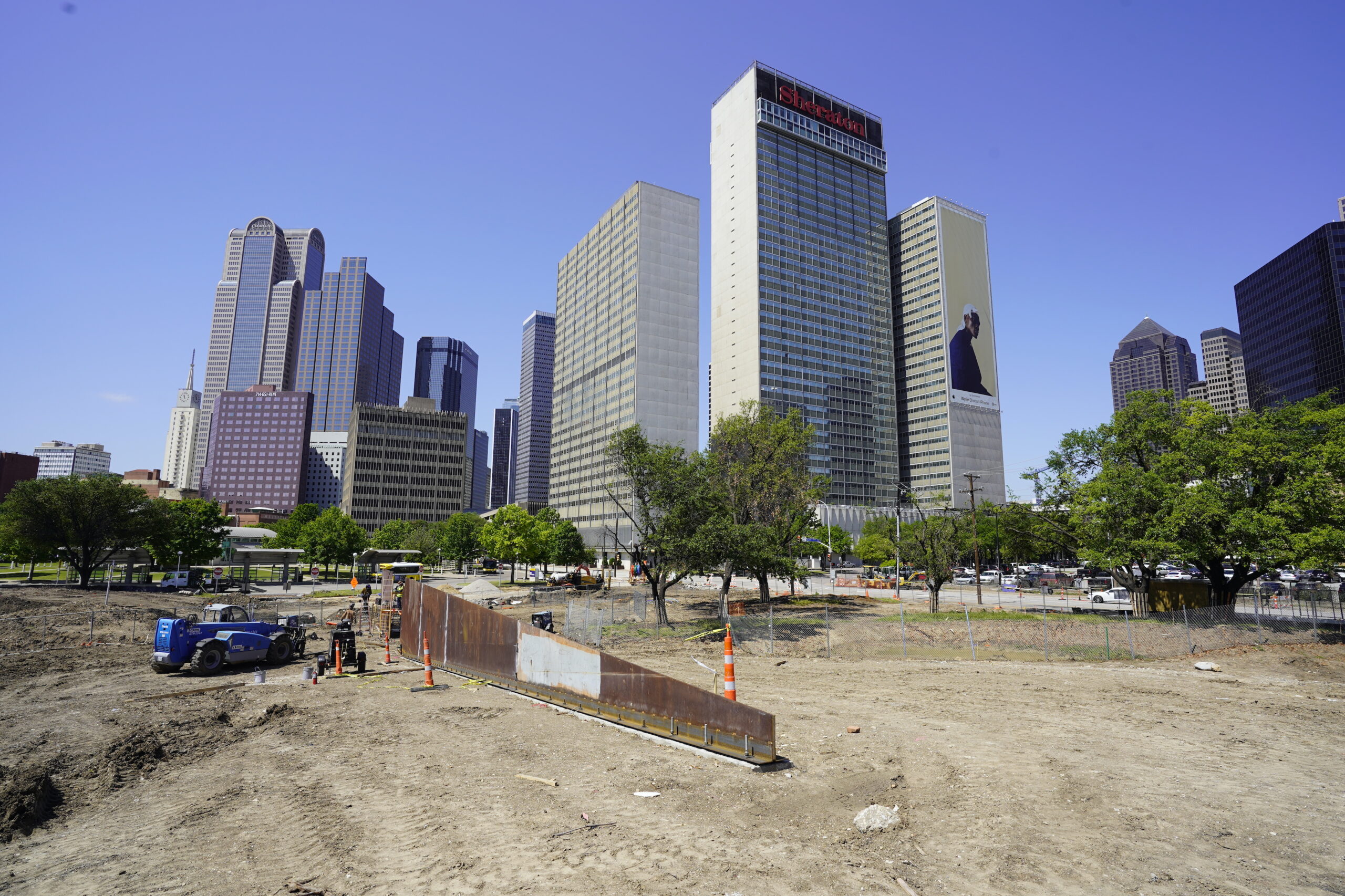 For years sculptor Robert Irwin Portal park room (slice) walked through John Carpenter Plaza on the east side of downtown. Installed in 1981, the 700-foot-long, 8-foot-high structure has fallen into disrepair along with the plaza itself. The realigned roads cut off what was originally intended as a kind of welcoming green space that would draw foot traffic from East Dallas and Deep Ellum. The sculpture was mostly ignored by the city and visitors alike unless they took a peek at the large metal wall on its green island as they made their way towards the city center. (He received more regular attention vandals.) As plans for the park’s redevelopment began to gain momentum, Irwin himself said Dallas might as well get rid of his massive piece of public art.

Then in 2016, the sculpture was saved. Parks for Downtown Dallas is the non-profit foundation behind four new downtown parks. Two have opened in recent years, including Pacific Plaza and more recently the high-tech West End Square. Crews are ready to innovate on Harwood Park late this year. The largest park of all is currently under construction at the old Carpenter Plaza site and is slated to open next year. The designer hired by Parks for Downtown Dallas to build the 5.6-acre Carpenter Park knew Irwin, and they worked together to ensure that the sculpture would be removed, retooled, and ultimately relocated to the new park. The artwork was stored until its return time arrived.

This basically catches up with us until Tuesday, when Doyle Rader–D Magazine contributor, friend of the blog, and columnist of the saga described above– tweeted that Portal park room (slice) was back.

That’s right, says Sarah Hughes of Parks for Downtown Dallas. “Robert Irwin’s sculpture has been reconfigured for the new Carpenter Park and is in the process of being reinstalled,” she said in an email. “The design firm for Carpenter Park, Hargreaves Jones, integrated the room into the new park on the east-west axis, centered on a mound that overlooks the park.”

A rendering of Carpenter Park, with the Robert Irwin sculpture visible on the left side of the image. Courtesy of Parks for Downtown Dallas.

Getting this far was not easy. As Rader wrote a few years ago:

Retrieving Irwin’s coin posed a few challenges. In addition to the physical preservation of the artwork, the framework of the sculpture in the new park had to be reimagined in a way that allowed it to enhance the experience of the place, rather than serving as a barrier that it has become in the old configuration park. Once reinstalled, the sculpture will be reoriented on an east-west axis rather than the north-south axis it originally had. It will remain a continuous room, extending across the park, again incorporating berms. Almost all of the original sculpture will be used in the redesign. Two new COR-TEN, the weathered steel from which the sculpture is made, sections of 20 feet will however be added to the work. They will both have waterjet-cut filigree details designed by Irwin.

With specifications from Irwin and its maker, Jack Brogan, the sculpture was excavated, cut into sections approximately 20 feet in length, and dismantled… The removal, storage and relocation of the art is funded by 400,000 $ from the donation of John and Cele Carpenter III.

A few years ago, Irwin’s sculpture seemed doomed to failure. He remained neglected as the city changed around him. However, through the efforts of various organizations, Portal park room (slice) will find new life in a new park rather than being scrapped. It is a victory for the artistic community and the city.

Construction on the park is on track for a spring opening 2022, Hughes said. “The park has a mix of active and passive spaces, including a basketball court and a small dog park on the east side, a garden and lawn, an interactive fountain at the corner of Pacific Ave and Pearl St, and a playground. children’s games. ”

Sounds pretty cool! Too bad about that elevated highway looming near the park, however.