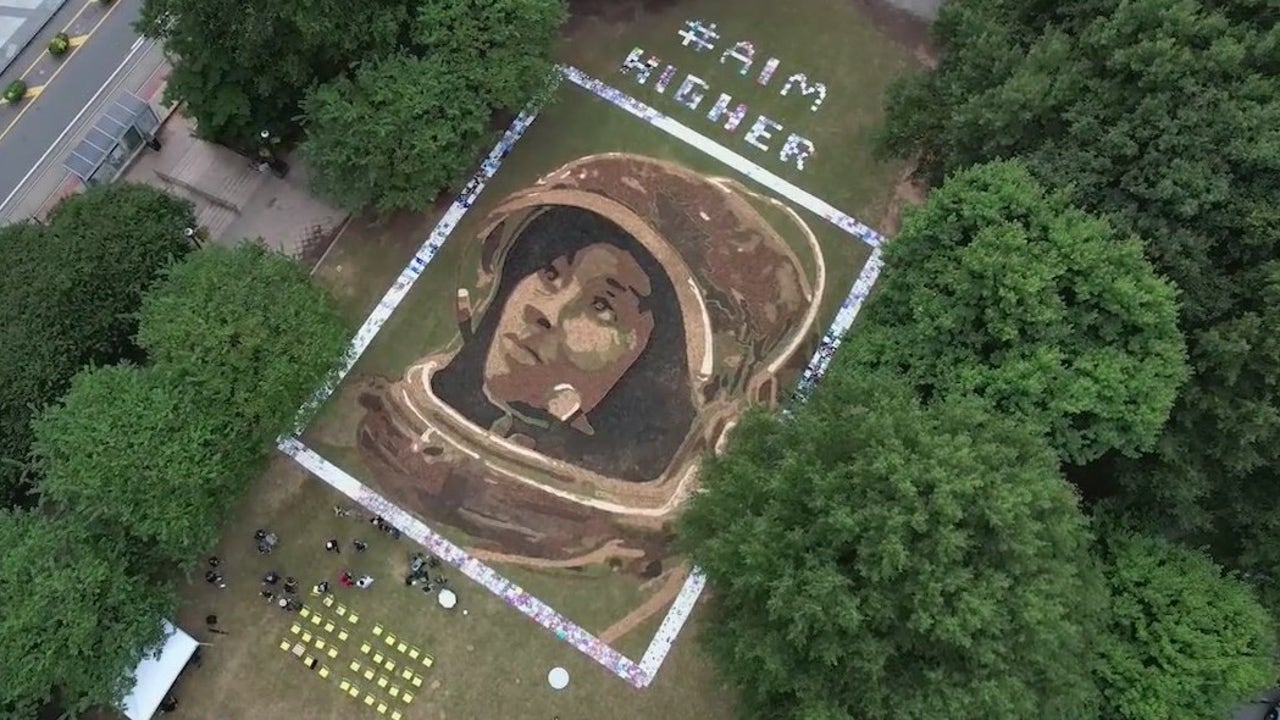 Aspiring astronauts meet one of their pioneer heroes

The massive earthwork depicts Stephanie Wilson, one of the first black women to go to space. The aim of the play is to inspire budding scientists.

ATLANTA – On Monday, young aspiring astronauts had an extraordinary experience in downtown Atlanta.

“I want to be someone who designs rockets,” Ryan Sumner-Lee said.

The six-year-old met three pioneer astronauts who are women during the unveiling of a giant “earthwork” in honor of astronaut Stephanie Wilson at Woodruff Park. Wilson’s gigantic portrait was constructed from dirt, grass, and other organic materials. Over a thousand galactic paintings created by students in the Atlanta area surrounded the room.

WILLIAM SHATNER “TERRIFIED” BY THE NEXT TRIP TO BLUE ORIGIN SPACE

Civilian astronaut Dr Sian Proctor just returned to the planet a few weeks ago. During the SpaceX Inspiration4 mission, Proctor became the fourth black woman to go to space and the first to pilot a spaceship.

Six-year-old Ryan Sumner-Lee met three pioneer astronauts who are women during the unveiling of a giant “earthwork” in honor of astronaut Stephanie Wilson at Woodruff Park.

Proctor said she was thrilled to be a role model for the next generation of scientists and engineers who are black women, like Ryan.

“Representation matters and when you step out here and can inspire the next generation, then you know you are making an impact,” she said.

The artwork and ceremony commemorated International Day of the Girl and World Space Week.

“We have this line of women before, women of today and girls of the future,” said Proctor.

Ryan said she learned a valuable lesson from the astronauts she spoke to.

“They never give up, they keep going.”

DOWNLOAD THE FOX 5 ATLANTA APP FOR NEWS AND WEATHER ALERTS