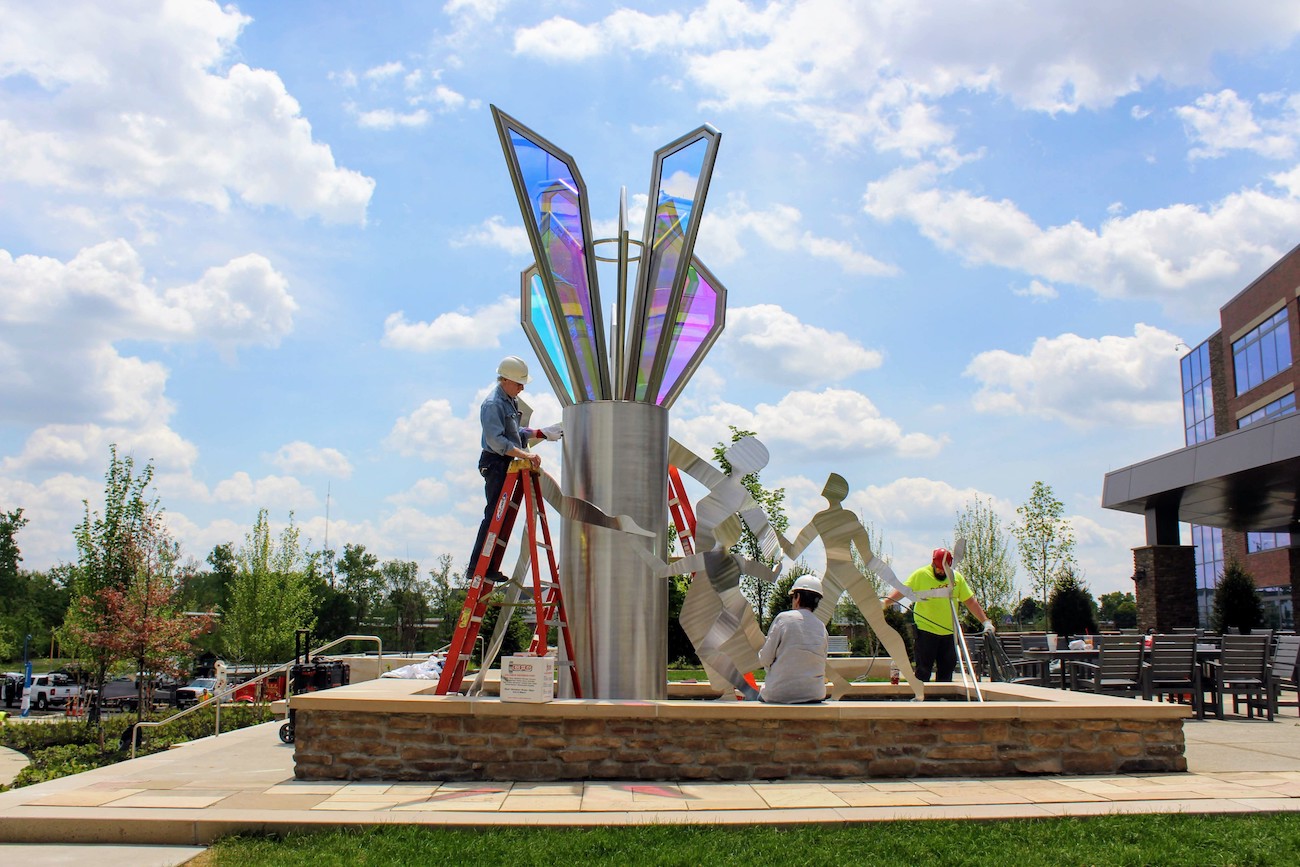 A piece of public art contracted by OhioHealth for its new administrative office has been unveiled.

The sculpture, titled “Beacon”, was installed in mid-May on the campus of the new administrative office, off North Broadway, just east of Olentangy River Road.

Canneto Studios, who recently designed a hanging public art sculpture for The Castle in the Short North, designed the piece. The studio enlisted custom metal fabricator and industrial contractor DeFabCo to construct the piece from stainless steel and dichroic glass.

Canneto had been under contract with OhioHealth for nearly three years, with production on the piece lasting about a year. Stephen Canneto and collaborating artist Judith Spater were on the OhioHealth campus as the sculpture neared completion, being installed piece by piece by airlift.

At its tallest, the sculpture reaches 18 feet.

The piece is made up of seven elements: the flame, which is inspired by the Methodist cross and the flame logo; the multicolored glass inside each flame, symbolizing diversity; and five dancing figures representing different ages and genders surrounding the flame. Surrounding the dancing figures will be a variety of foliage that will provide color throughout the year.

“The flame design…represents OhioHealth’s values ​​and commitment to stewardship, excellence, and integrity,” reads their artist story. “The multi-colored dichroic glass elements of the flame symbolize the diversity of talents and individuals in the OhioHealth family.”

“The main character represents visionary leadership,” he continues. “Others, of varying ages and genders, represent OhioHealth’s diverse family and the communities it serves. The child figure, waving at viewers, represents the future.