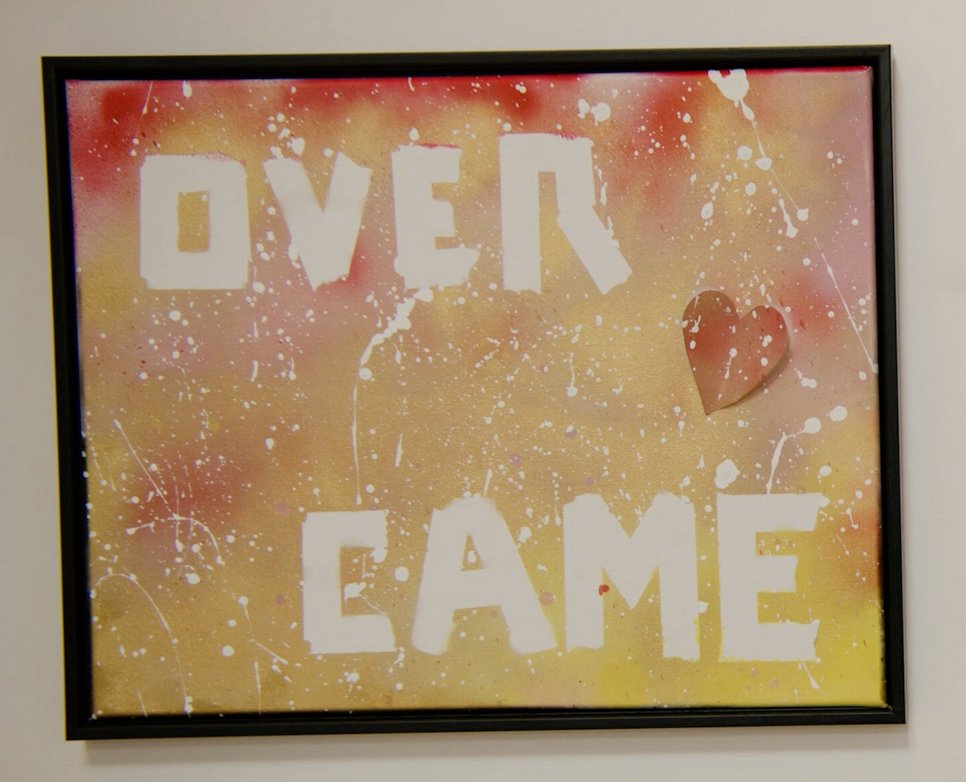 A new art exhibit, filled with works by victims and survivors of child abuse, is now open to the public in New York. Each artwork reflects the heartbreaking experiences of the victim and their ability to overcome them.

“For a very long time, I never thought I could overcome the hurdle of being sexually abused,” Maleyna Gregorio said. She was abused by her music teacher, who began grooming her with inappropriate texts, fondling and gifts, which eventually led to sexual abuse.

“I think people have a common saying, you know, shake it off, you’ll be fine. And that’s just not the case. And so I think, you know, the depression and the anxiety and the fear and the sadness and the guilt felt all around.

For the past four years, she has had extensive counseling at the Barbara Sinatra Children’s Center.

According to center90% of child sexual abuse is committed by trusted family members, friends or clergy.

“I still struggle a bit with it. I think it’s always going to be an ongoing healing journey. You know, life, life always throws curveballs at us. But yeah, I think it’s something which people just need to be aware of,” Gregorio explained.

The exhibition, “Overcame: Art of The Abused Child”, was named after Gregorio’s work.

“On one of our free projects, you know, we kind of had a free-for-all. And so they gave us canvas and spray paint, and the words that came to me were overcome. And so I did.

The 1,500 square foot exhibition will be complemented by a private and safe space for reflection and discussion with two therapists available on site. Filled with artwork dating back to 1987, the rooms range from the written word to the clear illustration of a keepsake.

It aims to raise awareness of the alarming prevalence of child abuse. Up to 1 in 5 girls and 1 in 20 boys are sexually abused before the age of 18.

“It’s nice to see that a lot of people enjoy walking around the exhibit and are kind of brought to realize that this is an epidemic. And you know, everyone should know that.

Message from Gregorio to all child victims of abuse: “You are not alone, of course, I think there are many people who go through similar or different situations, who simply follow the same path as you. And I think the most important thing is obviously to talk to a trusted family member or someone you trust, and find the resource center closest to you.

The exhibit is open to the public in Vanderbilt Hall inside Grand Central Terminal in New York City from July 15-21.

However, the center plans to take it around the country for pop-up exhibitions in the future.