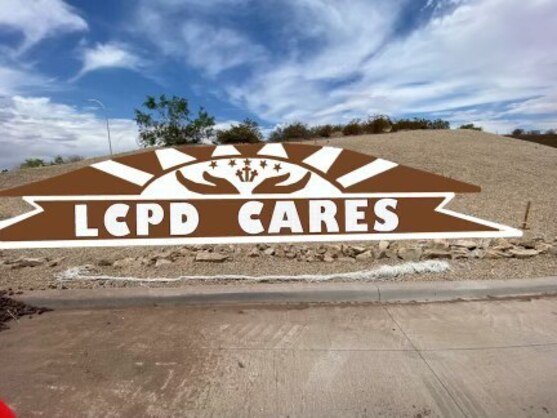 LAS CRUCES, New Mexico — The Las Cruces Police Department and other volunteers came together Wednesday morning to create an artwork using rocks to show how much “LCPD cares.”

The project was a partnership between the LCPD and local rock artist Kathy Murrow.

Nearly 20 volunteers from different organizations transported and moved several tons of stones, all of which were donated to create the work.

“The message at the bottom really says it all, ‘LCPS Cares,'” said artist Kathy Murrow. The coin shows two hands holding three crosses and three stars to represent the town of Las Cruces.

“I had made cardboard cutouts of the element of the design so I would lay the cardboard on the surface and all they had to do was tip around it, lift the cardboard and tip the indoors,” Murrow said.

2021-06-09
Previous Post: Monrovia Officials OK Public Art Piece in Honor of Tuskegee Airman
Next Post: Would you like this sculpture in your neighborhood? Public artwork attracts criticism from some Vancouverites