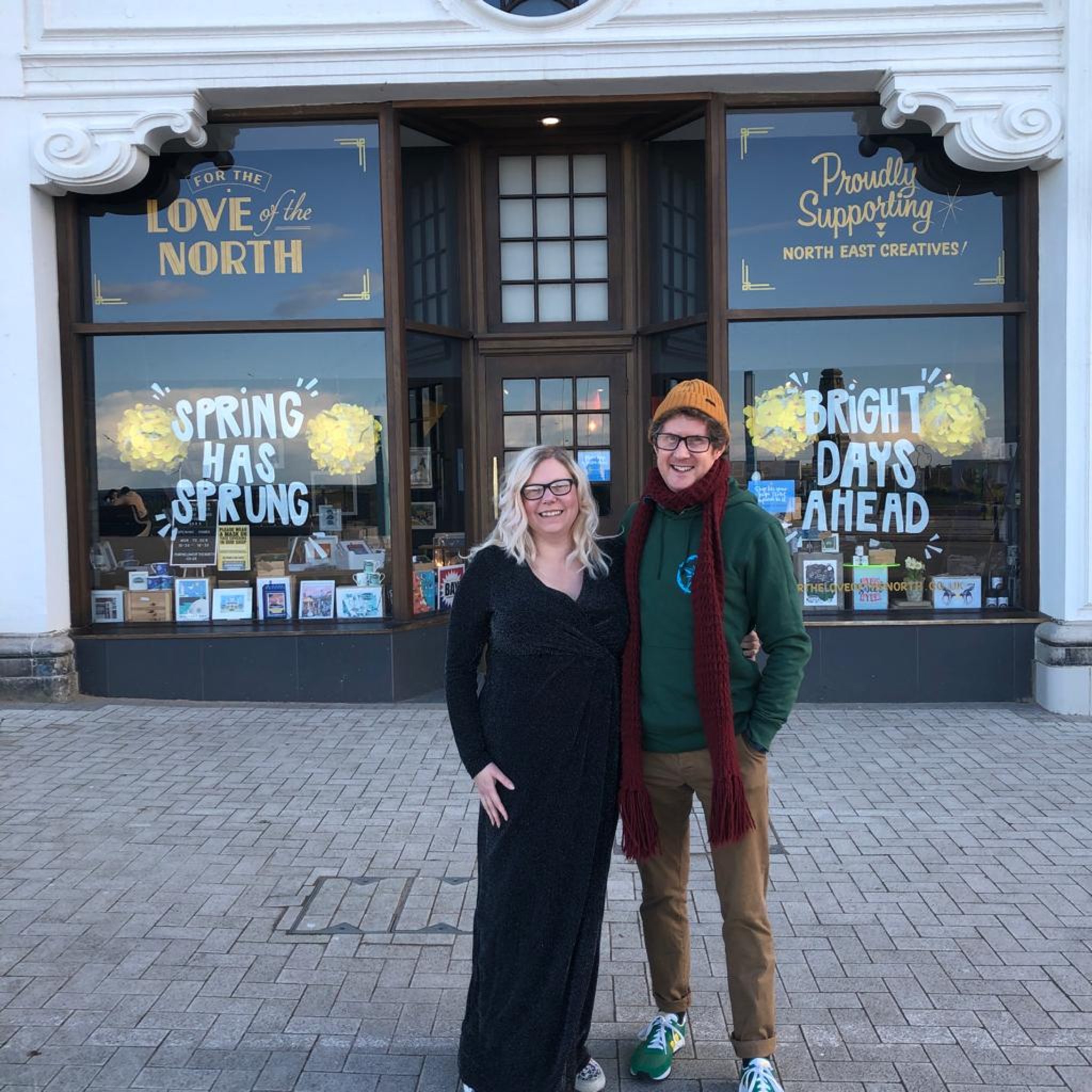 For The Love of The North is one of the area’s leading creative lights with their store showcasing the work of local artists and owners Paul and Lucy Hull are still active in the community.

Register to our NewcastleWorld Today newsletter

The passion project launched online in 2017 but quickly turned into a boutique and now, five years later, For The Love of The North takes pride of place on the Whitley Bay seafront.

Since its conception, the store has supported over 70 local artists, raised £15,000 for charity and won Best Newcomer at the Great Gift Retailer Awards 2020 for the Midlands, North and Scotland.

The store is also a Living Wage certified employer and has hired three people through the Kick Start initiative.

As for The Love of The North celebrating its fifth anniversary, NewcastleWorld heads to Whitley Bay to meet owner Paul and learn the story behind the shop.

Paul said: “I used to work for North Tyneside Council. I used to run the borough’s tourist information centers but, like so many across the country, they have been cut.

“Lucy and I knew there was a wealth of talent in the region with artists and creatives.

“We also knew that there was a huge sense of pride in the area and that people love their home here.

Lucy and Paul run the shop together

“I took my dismissal from the board, which is one of the best things I’ve ever done, and we launched the website on Valentine’s Day in 2017.”

This launch day helped influence the name of For The Love of North and it was the online store first.

Soon the opening of a store in the center of Whitley Bay appeared in the summer of 2017 and the couple jumped at the chance.

A few years later, just before 2019, the store moved to Spanish City on the waterfront.

Since then, of course, there has been the pandemic, but Paul has seen even more eagerness to buy local.

“They realized that everything they needed was on their doorstep.

“What’s been lovely with us is that people know that Lucy and I are husband and wife and that’s our livelihood, but we also support artists and creatives from across the North East.

“By buying from us, you’re not just supporting us, but the artists and it all goes back into the local economy.”

Paul also goes on to say how “thrilled” he is to now be able to employ local people in the store.

The owner praises his “fabulous” team and recognizes the benefits of the Kick Start program for hiring and developing local youth.

During the lockdowns, For The Love of The North started selling designs of local areas with rainbows, donating the proceeds to the Northumbria NHS Bright Charity which amounted to over £10,000.

Paul said: “It was wonderful, especially during this first lockdown, to see these [the prints] at Whitley Bay.

“It was really uplifting.”

You can visit For The Love of The North at Unit 2, Spanish City and online here.