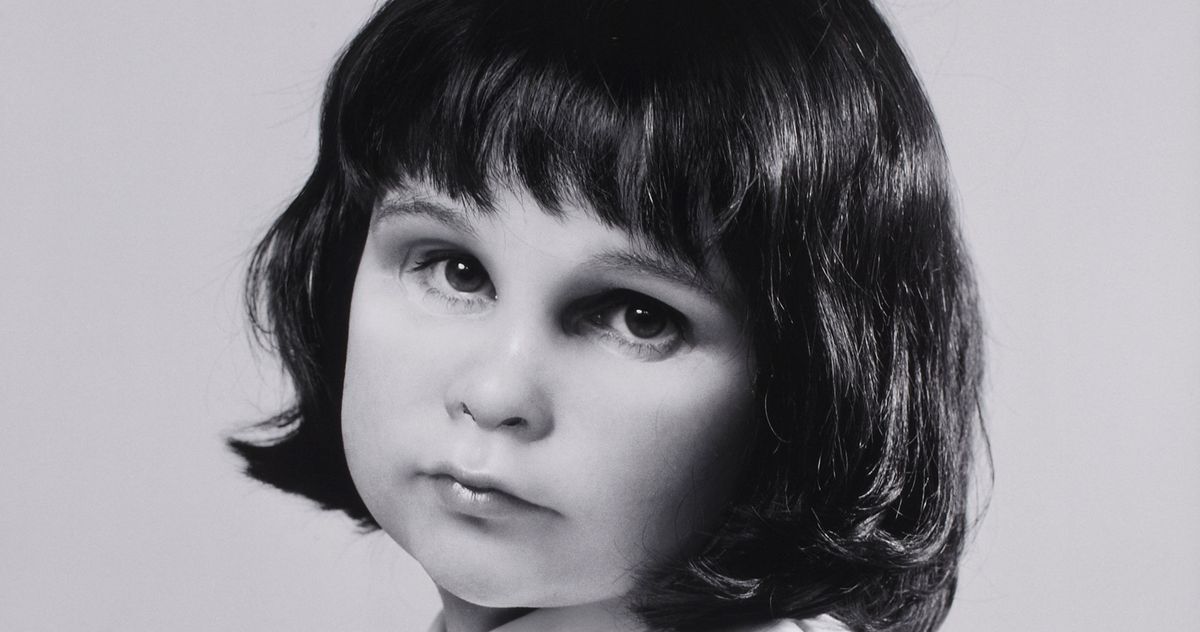 Gillian Wearing at the Guggenheim

In the early 1990s, conceptual artist Gillian Wearing began to make a name for herself creating guerrilla-style faith-based performances with volunteers she recruited from the streets or from newspaper advertisements. At the time, she was in her twenties and a graduate of Goldsmiths College London. eventually, she would become known for these emotionally intense projects, which exploit the tension between repression and revelation.

Beginning in 1992, in a series called “Signs That Say What You Want Them To Say, Not Signs That Say What Someone Else Wants You To Say,” she asked strangers to complete blank sheets of paper with the thought that came to mind and pose for photographs holding them; in one image, a white man in a suit with a mirthless smile holds the message ‘I AM DESPERATE’, while in another a mischievous teenager flashes the sign: ‘GIVE PEOPLE HOUSES, THERE ARE MANY HOUSES EMPTY OK! In 1994, the year of MTV’s release The real world and invented the confessional, Wearing asked a group of strangers to share secrets about their life on camera. Participants wore wigs and masks to mask their identities while telling intensely intimate stories about their childhood trauma or various sexual transgressions. The film is titled, absurdly enough: Confess everything in video. Don’t worry, you’ll be in disguise. Plot? Call Gillian…

Wearing quickly became one of Britain’s Young Artists, or YBAs, defined by their use of unusual, sometimes shocking materials: by Damien Hirst preserved tiger shark, at Tracey Emin bloody underwear, by Sarah Lucas fried eggs. The YBAs were seen as iconoclasts and provocateurs, many of whom seemed comfortable in the public eye. Port, however, preferred to be anonymous – with the conductor turning his back on the audience. “When I did my first works, people often didn’t know who was behind it or what my gender was,” she later added. noted.

Wearing’s work was eventually absorbed into the commercial machinations of the art world. Two decades after making Confess everything on video, she teamed up with Wieden + Kennedy — the ad agency known for its work with Nike and Coca-Cola — to film AI-generated versions of herself and superimpose them over the actors’ bodies. The composite avatars are brightly lit, emblems of the strange valley. The video, which is called “Porter, Gillian,” feels glitchy, unreal and vaguely promotional, offering only a mirage of the artist. Her face is unmistakable in the film, but since all of the images use face-swapping technology, the viewer doesn’t know if she’s even really there. Much of Wearing’s work pokes fun at the impulse to confuse a person’s appearance with their psyche and private sense of identity. Although she often uses herself as a subject, we are left with an incomplete, distorted and fragmented sense of who she is.

“Wear masks‘, the artist’s first retrospective in the United States and now on view at the Guggenheim through April 4, features more than 100 works by Wearing, including photographs, paintings, videos and 3D-printed objects. (It’s not Wearing’s only presence in New York at the moment: in October, his cast bronze sculpture of Diane Arbus, organized by Public Art Fund, was unveiled at the entrance to Central Park.) Held in the halls of the hard-angled gallery adjacent to the rotunda, the Guggenheim exhibition traces the passage of the artist, now 57, from the maestro from publicly engaged performance to the introspective studio practitioner. Scattered across the four floors of the exhibition, scintillating photographs and films capture the theatrics of everyday life, full of alienation and vulnerability. It clearly shows that, at its best, Wearing’s work can be thrilling, moving and deeply unsettling, an assortment of humanity.

Co-curators Jennifer Blessing and Nat Trotman organized the exhibition partly chronologically and partly thematically. This approach can sometimes seem scattered. There are several thoughtful associations — like Wearing’s deeply felt black-and-white film about the troubled dynamic between a mother and her daughter, Sasha and mom from 1996, positioned near “Snapshot”, a series of flickering images of unrelated women at different stages of life that she shot in 2005. But the layout’s narrative is generally muddled, making it difficult to grasp Wearing’s evolution as an artist.

The show’s most memorable work is Wearing’s “Family Album” photo series, which she began in 2003. Transcending age and gender in meticulously planned photographs, she transforms into her grand- mother, mother, father, brother and younger versions of herself, wearing bizarre masks of these different faces – created with the help of experts trained at Madame Tussauds – as well as wigs ranging from bob her mother’s hair at her grandfather’s receding salt-and-pepper hairline. Each image is a recreation of specific portraits of members of her family, and the result is disturbing: in a photograph where Wearing is dressed like her mother, we see a 1950s housewife with a cold, distant gaze; in another, she’s dressed as herself as a little girl, with a doll’s face lined with subtle but distinct mask marks.

On the upper floor of the exhibition, we find a room of brighter self-portraits, which she began to produce in the early 2000s. In each photograph of this series, entitled “Spiritual Family”, Wearing is filmed in recreated and iconic images of legendary artists, again with his face obscured by realistic silicone masks. In one work, the artist poses, convincingly, as pop artist Andy Warhol, himself cross-dressed as a woman. She dresses as Arbus, Georgia O’Keeffe, Robert Mapplethorpe. By donning the features of other artists and adopting their gestures, Wearing seems both to align his artistic vision with theirs and, paradoxically, to reveal the absurdity of the myth of the genius artist. The masks form folds under his eyes, along his jaw, around his nostrils. Displayed in larger-than-life prints, the photos are both beautiful and disturbing, cartoonish in their bravado as they insert Wearing into the canon.

If there’s one idea that unites Wearing’s projects, it’s that the self is fundamentally unknowable. His work in the 1990s and early 2000s examined the misalignment between public self and private life with an open mind – while the most recent work in this exhibition falls flat precisely because It seems intended to evoke a specific response from viewers.

In 2013, Wearing started working on Your views, a crowdsourced film project for which she launched an open call online and received over 800 submissions from Hong Kong to Abu Dhabi to Kabul to New York and Kolkata. Its goal was to feature at least one video clip from every country in the world, which it is described as “a project that could connect people and countries, that was simple and universal.” The composite images, displayed on a monitor at the Guggenheim as a nearly three-hour continuous stream, are poignant in their subtle detail – a bird taking flight, laundry blowing in the wind – but tend to lose power in the details. Some of the most recent scenes, filmed by people apparently in quarantine, show their neighbors gathering on porches to cheer on healthcare workers. In light of the recent division over misinformation about COVID-19, racial inequalities in access to healthcare, and global disparities in vaccine availability, the image conveys not so much universal unity as she reproduces a hollow gesture.

The most recent works, on display in the museum’s highest room, are watercolors and melancholic paintings the artist produced at her home in London during the early months of the pandemic. The “Lockdown” series deviates from Wearing’s inventive photography and video: realistic self-portraits depict moments of inactivity, where the artist is lying in bed or leaning against a wall, in watery blues, faded browns and soft roses painted directly on board. Seeing them in late 2021, unfortunately, presents them as the visual analogue of the now-cliched pandemic diary – whose authors, like Parul Sehgal Noted, “are an unusually cocooned group, safely removed from the world of layoffs, mass graves, Zoom funerals.” There is little room for interpretation when the images are so heavy. In the case of masked maskwax sculpture of a hand and a hollowed-out face, a fabric mask literally sits on the nose.

In Wearing’s most successful projects, she is a chameleon, eschewing ordered narratives in favor of ambivalence and complexity. Wanting too ardently to produce a work that could be topical, Wearing deviates. His pandemic portraits make you dream of a return to work as Dancing in Peckham, his 25-minute video documentation of a 1994 performance. Standing in the middle of a south London shopping mall, the performer sways, twists and nods, dancing not to music but to everyday sounds. It was the first time Wearing had appeared as the subject of his own work. The fascinated and sometimes troubled looks that she attracts from passers-by distill what made the strength of her early works: they expressed the strangeness of being perceived at all.