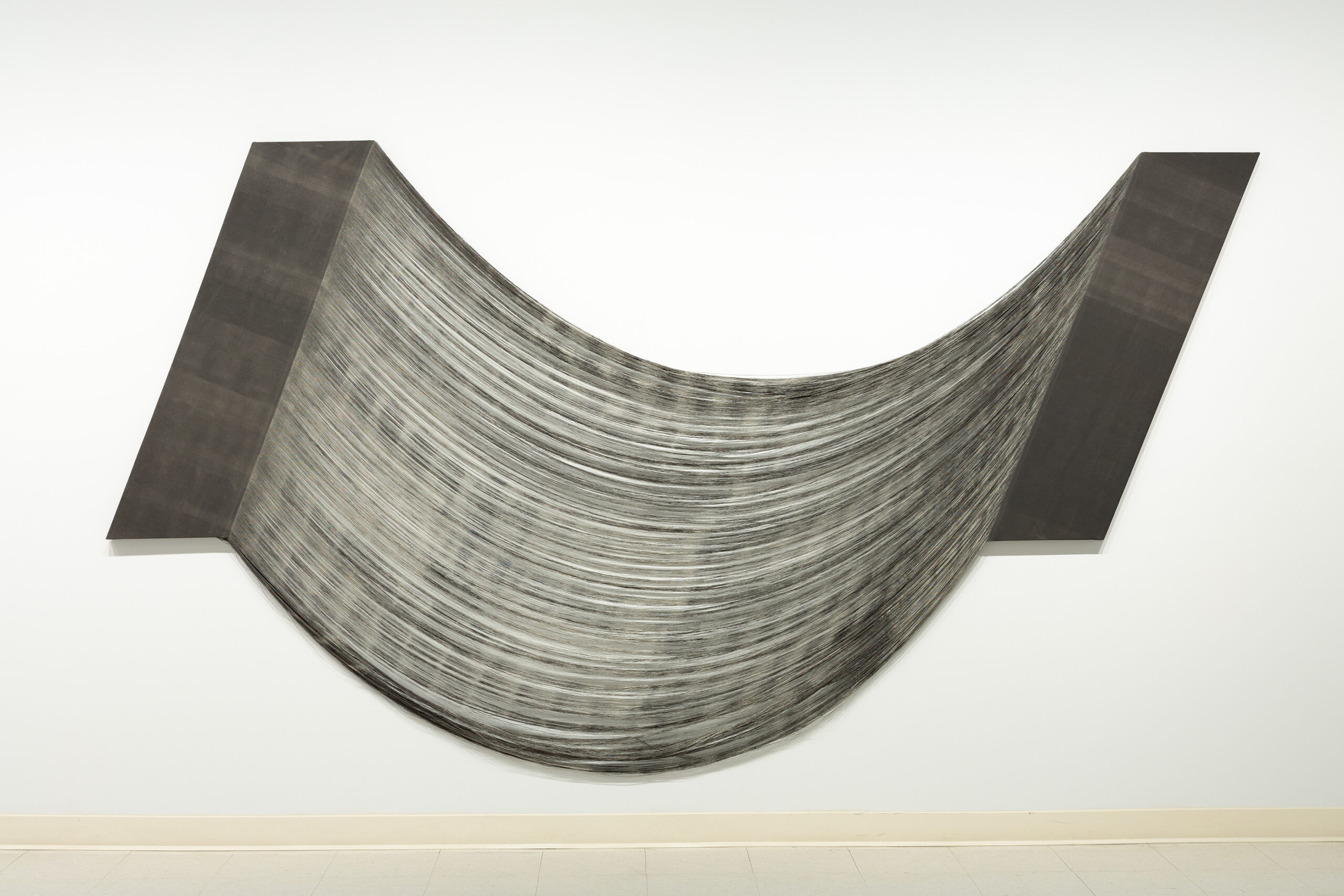 In the 1970s and 1980s, the fiber arts – weaving, textiles, tapestry, embroidery, knitting, crochet, sewing, quilting, etc. art category and were shown mainly in craft and design museums. As a result, artists who worked exclusively in fiber, such as Lenore Tawney, Claire Zeisler and Sheila Hicks were often excluded from critical discourse within the “mainstream” contemporary art world.

There were notable exceptions to this exclusion. Artists such as Faith Ringgold, Magdalena Abakanowicz, and Alan Shields, among others, despite their adoption of fiber as an artistic material, have gained critical attention and inclusion in “fine art” exhibitions during these decades. . By the 1990s, however, the wall that separated “art” from “crafts” had started to crumble. At the time when the Whitney Museum of American Art exhibited Gee’s Bend Quilts in 2002, the show’s critical success and popularity further erased any remaining limitations. Today there has been a dramatic increase in the number of artists working exclusively with fiber or incorporating it into their work in other media.

One such artist is Seattle-based Ko Kirk Yamahira, whose exhibition Fractions is on view at the Russo Lee Gallery through February 1. A self-taught artist who moved from New York to Seattle in 2015, he is one of the founders of the artist collective Art Beasties and a member of the Seattle collective SOIL. His elegant, reductive and tactile works of art fall somewhere between paintings, fiber art and sculptural installation and reflect modernist principles with an emphasis on materials, techniques and processes.

At a recent gallery lecture, the artist described his works as paintings while acknowledging that they could also be considered drawings or sculptures. Yet they also present themselves as a fiber art, due to the artist’s unusual technique of deconstructing the canvas backing into individual fiber strands. Ultimately, what is important is not how we categorize Yamahira’s works, but how we perceive them. As artist Alan Shields once said in an interview about his own hybrid works of art, “It doesn’t matter what you call them. This is the experience you are looking for.

Yamahira begins by applying a coat of acrylic paint, graphite or by transferring a screen-printed image onto the surface of the canvas. Then, with a process that is the reverse side of the weaving, he deconstructs all or part of the canvas, by meticulously and painstakingly removing the individual threads of the weaving from the canvas using an X-Acto knife, loosening and exposing the component warp (vertical) and weft (horizontal), so that the cotton fiber strands drape freely or stretch taut on the wooden stretcher bars. He then gradually disrupts the rectangular grid by dividing the canvas into sections, deconstructing all or part of the canvas, hanging panels diagonally, letting loose fibers drape down to the floor, projecting part of a work of art on the wall, or hang a room from the ceiling.

The works of art are all untitled, distinguished by their formal properties of form, color and surface treatment. Viewers are free to infer their own interpretations. The title of the exhibition, Fractions, refers to the relational measures from one part of each table to another. With the exception of one work that has an image silkscreened onto the canvas, the paintings are non-referential and elude a specific meaning, instead focusing attention on the material and the process.

The varied permutations of these conceptual works of art range from formal, geometrically centered compositions to those with asymmetrical edges and draped fibers. For an off-white square painting suspended above the gallery desk, Yamahira unrolled the fibers of the canvas, stretching them tightly horizontally and vertically to form a cross with arms of equal length. In another square painting, the geometry is relaxed so that the untangled cotton threads organically sag on the surface, resembling a belly with a slight bulge. There are many variations on this theme, as each piece of art takes on a different shape, color, relationship to the wall, and level of surface deconstruction. The movement is both implied and real – implied by the hanging fibers, the slanted panels and the resulting shadows cast on the wall, real as the drafts activate the loose threads. This sense of movement is noticeable in a large gray-black painting in which about three-quarters of the midsection has been nonwoven, resulting in a sweep of fibers that move left to right.

The most sculptural piece in the exhibition hangs from the ceiling. Originally a triangular canvas painted in pink, it was completely deconstructed and then folded so that the fibers descend in straight vertical lines from the wooden support, causing them to sway gently as visitors pass by.

Yamahira makes a poetic allusion to the characteristics of non-woven fibers in an accompanying wall text:

Vibrations.
They are just purely captivating.
Ripple and tremble.
Continuous, sustained and momentary.
Sensual and Sensory.
Static or dynamic ripples.
Sound and voice.

For Yamahira, the meaning of his art comes from the manufacturing process: “There is no specific objective to find a meaning”, he writes on his website, “Neither in the creative act itself, nor through the creative process. The whole meaning is in the continuation of the process.

The artist begins with small geometric drawings made in his sketchbook. The process being more important to him than the final result, he is not fixed on a specific configuration for each work. Instead, he’s open to working with art installers to come up with the right hanging arrangement for each piece based on the exhibition space. He also encourages collectors who purchase his works to find an installation arrangement that works best for them. Adhering to the premise of conceptual art that the artwork is not finished until the viewer has completed it, he writes: at which point the future becomes the past, producing a kind of time index in the work.

Ko Kirk Yamahira’s intriguing paint / sculptural / fiber hybrids defy easy categorization and interpretation. We go from wondering how they are made to realize that for the artist the canvas is not only a support, but a material that can be manipulated like any other. Through a process of deconstruction and reconstruction, he transforms flat monochrome surfaces into organic and textured areas. Intellectually and formally satisfying, Yamahira’s works retain a sense of mystery and a meditative quality that is deeply engaging.

Rachel Rosenfield Lafo is an independent curator and artistic writer.