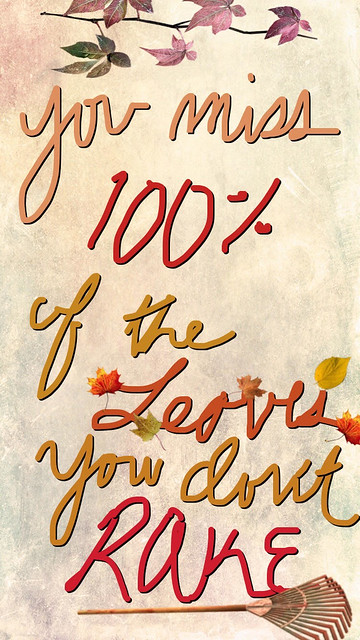 JENNIFER WEST/THE REVIEW
Artist Jenn West may have been drunk while creating her art, but that doesn’t take away from their deeper meanings.

Rarely has the work of an amateur artist been produced with as much attention to detail and intelligence as that of Jenn West. Recently, West made a pair of multimedia prints that approach viewers with their bright, garish imagery and force them to see the world through West’s eyes – a cynical look at the absurdity of contemporary society.

Although each piece contains enough material to stand on its own, viewers will benefit from admiring the collection as a whole; a day spent looking at a piece of the two-part exhibition wouldn’t be enough for even the most ignorant art fanatic.

“Untitled No. 1, Multimedia Piece”, or the first work in this collection, is decidedly average at first glance. The slogan “You miss 100 percent of the leaves you don’t rake” is inscribed in West’s looping cursive, encompassing nearly the entire piece.

The camp slogan, combined with the autumnal colors of the text and the backdrop of leaves and rakes, give the room a mundane appearance. However, it must be taken into account that West’s art – no matter how inebriated she may have been creating it – is generally intelligent and critically rich.

Here, West parodies the popular slogan “You miss 100% of the pictures you don’t take” with kitschy imagery and a slight modification of the stereotypical phrase. The phrase, which is meant to evoke optimism and encouragement, becomes tasteless with West’s wobbly cursive and clip art sheets, making a statement about the stupidity of mankind’s optimism.

The second work in the collection, “Untitled No. 2, Multimedia Piece”, is an exemplary work of incredibly terrifying surreal art. The artwork is a parody of a poster for the TV show “H2O: Just Add Water,” and West cleverly subverts the benign beauty of the poster by adding images of sticks of butter on each character’s head. 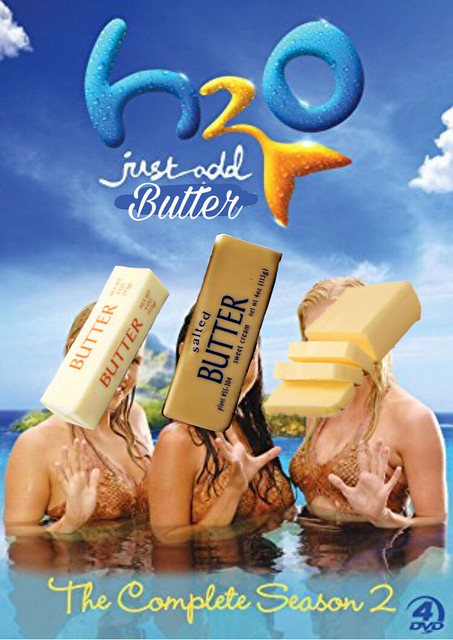 JENNIFER WEST/THE REVIEW
Another of the important pieces created by Jennifer West.

To reinforce the “butter” theme, West scribbles the word “water” and writes “butter” in its place. As with “Untitled No. 1, Multimedia Piece”, West draws attention to the absurdity and stupidity of the things we accept as part of our daily lives.

Here she challenges what we deem worth watching on TV, comparing the show’s characters – known for their frothy teenage drama – to inanimate objects like butter. Although she serves as a biting critique of the lack of intellect present in pop culture, West manages to convey her message with humor.

Overall, West’s repertoire is unassuming, but on closer inspection, it’s very impressive. These works are essential for everyone. The bright pops of color and garish imagery are a feast for the eyes; the intention behind his works is a feast for the mind. Jenn West is an artist to watch; if his works aren’t in the Museum of Modern Art (MoMA) within the next ten years, I, for one, would be totally surprised.