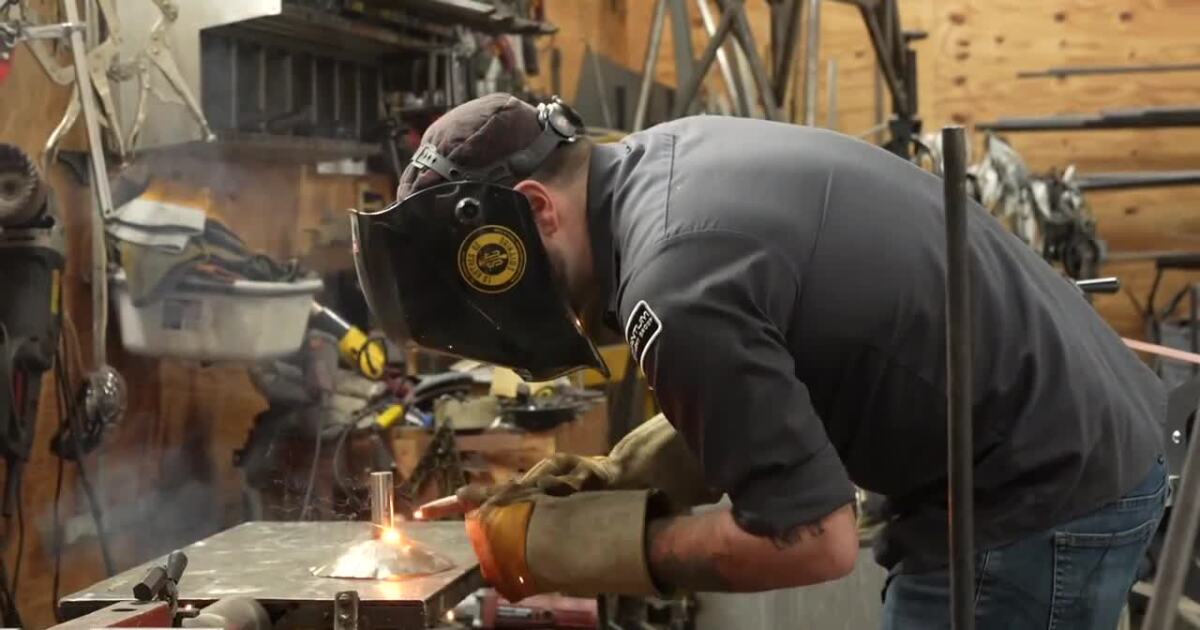 Dimondale selects an artist for his first public art work

The Dimondale Art Commission selected Ivan Iler, a metal sculptor from St. Johns who appeared on the Netflix show “Metal Shop Masters”, to create the piece.

“Being able to recreate movements and images and just seeing a nature through metal is just something that spoke to me a little bit. So being able to do this for a living is a real honor,” said Iler.

Dimondale Art Commission Chairman Camron Gnass said the group received more than 10 nominations from skilled artists from across the state and the commission felt that the piece presented by Ivan – a tribute to the Dimondale’s first steel bridge in Corten steel – was a reflection of the history of the village.

“The fact that it reflects such an important part of what our village is, something sitting right there on the river, really spoke about what we were trying to do,” he said.

“The piece for Diamondale was designed around a photograph I found from 1907, the general idea was that I wanted to link the old with the new, basically showing where this town came from and where they are going,” Iler said.

The steel bridge will be installed this summer in the Dimondale pocket park between Jefferson Street and South Bridge.

Keep in touch with us anytime, anywhere.

Sign up for newsletters sent by email to your inbox.