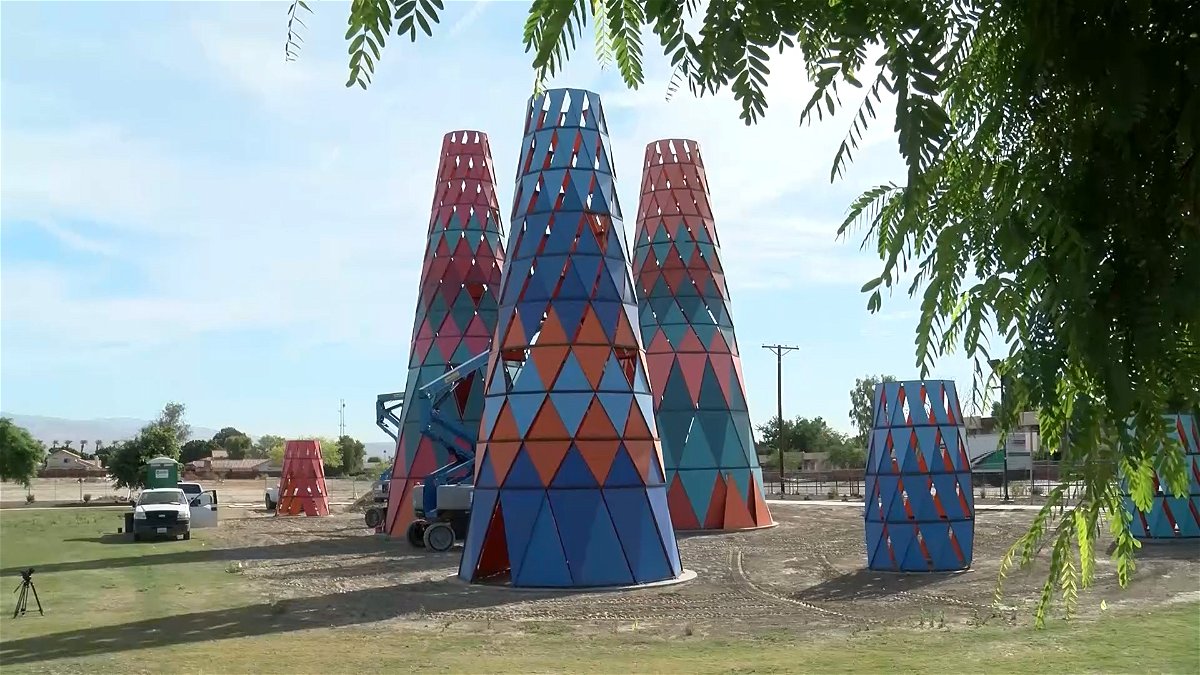 A new art installation is now in place at Dr. Carreon Park, you might recognize the piece from the Coachella Valley Music and Arts Festival.

City officials said it was installed in partnership with Goldenvoice, the festival’s parent company. They added that it was part of an effort to reorganize the city.

“We’ve been working on the infrastructure, the LED streetlights, we have the new market that’s already started construction here in Indio City, which is adjacent to this community. We’re bringing that to this park area as well. so the whole area is getting a makeover and that’s part of it,” said Indio Mayor Pro-Tem Waymond Fermon.

The work of art is called Sarbalé Ke, which means party house in the Mòoré language of Burkina Faso. The piece was featured in the 2019 edition of Coachella Fest.

#FBF to some of our favorite works of art at @coachella! I can not wait to see #SarbaléKe again in Indio. Which Coachella artwork do you prefer? #CityofFestivals #CityofIndio pic.twitter.com/bZfBzC6Jh3