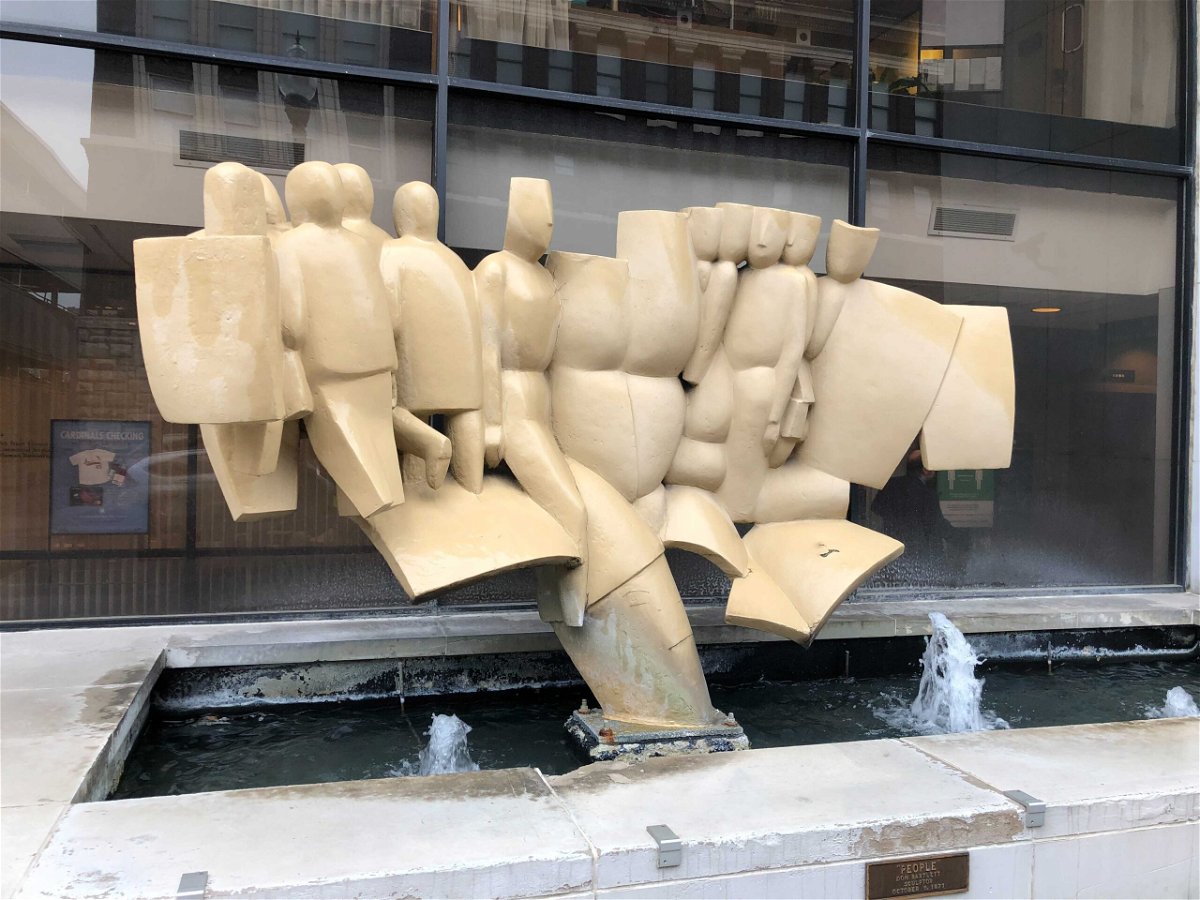 The Central Bank of Boone County is removing the “People” public artwork due to the artwork’s degradation over time.

The bank attempted to salvage the coin with the help of an expert in 2008 by attempting to mitigate wear on the unique materials, but the coin continued to deteriorate.

“We are facing a terrible situation,” Mary Wilkerson, senior vice president of marketing, said in a statement. “The sculpture is actually ready to split in two, which is dangerous, and the materials used by the artist are also considered toxic. We must act quickly or risk its collapse.

The sculpture was designed by Don Bartlett who used a form of liquid fiberglass to build the piece around an aluminum frame. Over the years, this fiberglass became brittle and required many repairs. Now the fundamental structure is in danger.

Bank officials will issue a “request for qualifications” for artists interested in a new project planned for the space. Ideally, the bank wants a new piece in place before the end of 2022.

“It will be an incredibly sad day when ‘People’ is axed, but the bank is committed to public art in this space,” Wilkerson said. “We intend to seek out a new piece that will stand the test of time and be enjoyed by generations to come.”