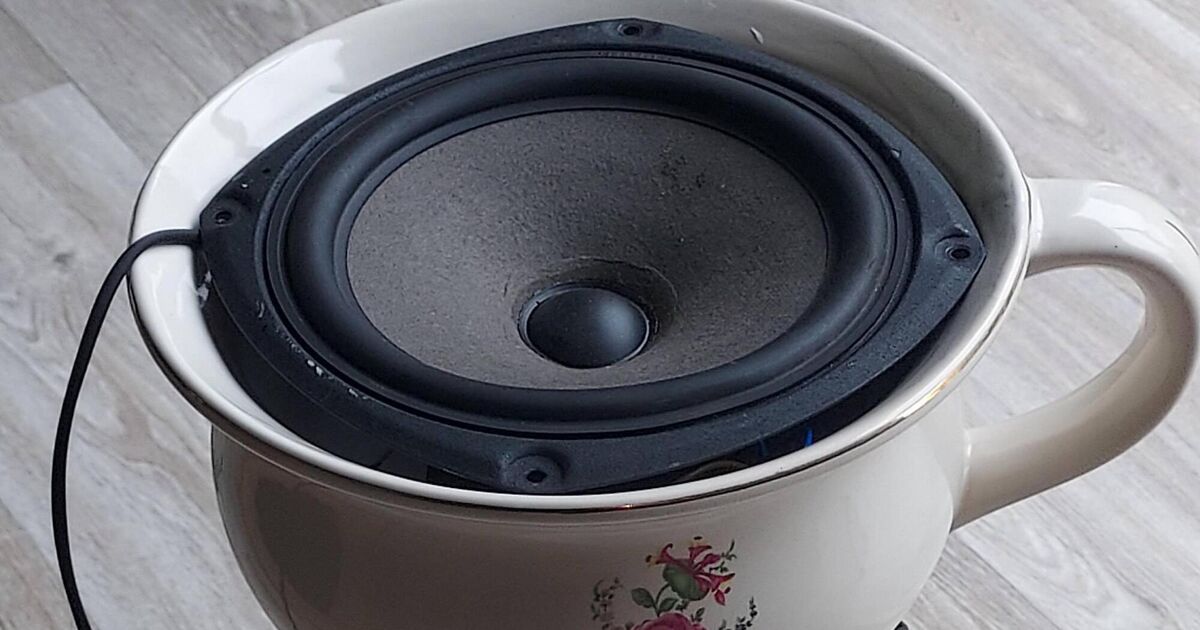 As James Joyce’s Ulysses reaches the 100th anniversary of its first publication on Thursday – Bloomsday – you realize how influential the labyrinthine tale of a drunken day in Dublin has been, its immortal turns of phrase and quotes emerging and being referenced in through art, media and entertainment.

For sound artist Danny MacCarthy, who hails from Mallow and boasts a decades-long body of international work, it’s been a near-permanent love affair with the great writer’s words, from his debut exhibition ‘Who Killed James Joyce ?”, to the participative public. art. One line stuck with McCarthy in particular: Leopold Bloom’s comparison of the distant sound of his wife Molly’s use of the chamber pot to the sound of chamber music.

Having spent the last few years working primarily with sound, he had an unusual idea for Chamber Music, his upcoming installation at Kirkos art space, on Parnell Street in Dublin. “The installation will consist of seven chamber pots of different sizes, with loudspeakers of different sizes installed. The heart of my practice has always been listening. When I saw this passage from Ulysses there are years, it always marked me, I thought it was an interesting concept for the centenary of the publication of Ulysses.”

In true Joycean form, McCarthy collected 100 recordings approaching the act in question from friends and colleagues, composing them into something of a symphony of sound art, composed for seven channels of sound, which plays on individual recordings, the equipment they come out on, and the room that contains them – aiming for an immersive experience.

“I used [the recordings] as if I would normally take any recording in the field and bring it back to the studio to process, until I finally found the work I was interested in. The way I programmed it is that it won’t sound the same all the time, the sound will move around the room from chamber pot to chamber pot and vice versa, and bounce around the room , bulk. It will be in a constant state of flux, it’s undetermined what sounds will come out, and we won’t be able to repeat any particular sounds.”

While McCarthy’s approach to installation art and sound design may be new to casual observers of the arts, his work within Cork sound art collective The Quiet Club, as well as his own body of of multimedia works, have been very useful to him in documenting the work, releasing as he will on a super limited 7″ picture disc the same day, courtesy of Dublin Vinyl – a bit of a coup , given the current crisis in vinyl pressing facilities.

It all speaks to McCarthy’s own connection to Joyce – dating back to her aforementioned debut. Among those connections are public art projects like “100 Bottles for James Joyce”, which saw him leave a hundred notes in specially designed bottles in the Liffey, asking everyone who finds it to respond – a project still ongoing since its launch in 1982; while “Walls have hEars p433” saw it take up three floors of the Crawford Art Gallery stairwell.

As Ulysses’ centenary approaches, McCarthy talks about the great writer’s enduring appeal. “I constantly find something new and relate to it, especially as a listener, because I think Joyce himself was a great listener, using his sound descriptions in his work.”