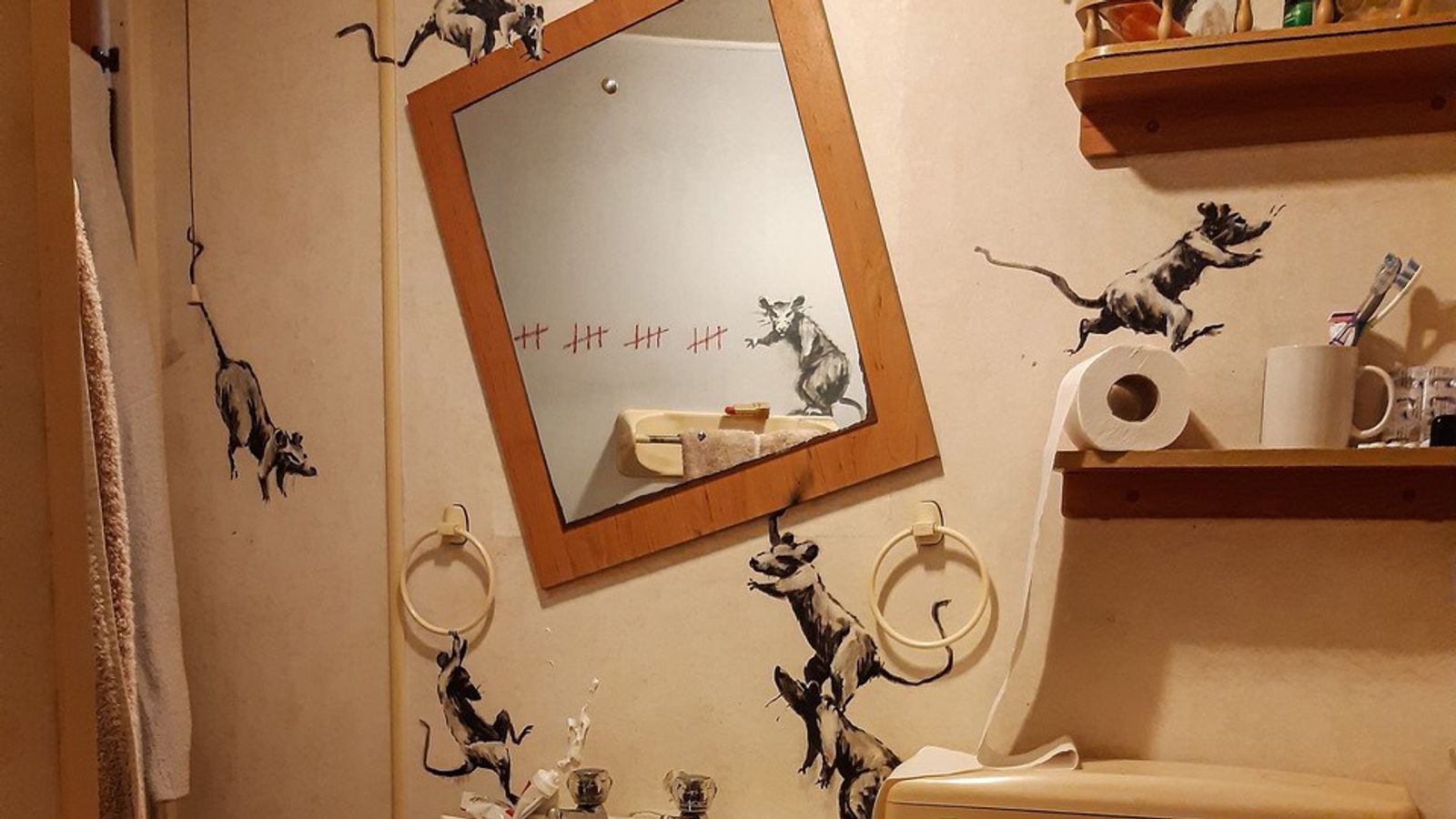 Banksy has given fans a rare glimpse into his personal life by creating a room inside his own home.

The famed anonymous artist, from Bristol, posted a series of images on Instagram of the artwork inside his bathroom.

The five images depict nine rats – which appear to have been painted on its walls black and shaded with charcoal – running amok inside the space.

They are seen climbing on shelves, dangling from towel hooks, clinging to a light tug, unrolling a roll of toilet paper and marking the number of days spent indoors during lockdown.

A rat is also seen urinating in the toilet.

Beneath the piece, Banksy wrote a self-deprecating caption, which reads: “My wife hates it when I work from home.”

The artist, whose identity has been rumored to be several different people over the years but never confirmed, rose to fame for his graffiti work in the 1990s.

His work is often political and contains messages outlining his thoughts on current events.

Banksy has expanded his art to larger-scale projects in recent years, such as The Walled Off Hotel in Bethlehem and the now closed Dismaland theme park in Weston-super-Mare.

In 2018, his iconic piece Balloon Girl self-destructed seconds after selling for over £1million at a Sotheby’s auction to an anonymous buyer. The painting, which has since been renamed Love Is In The Bin, is now worth at least £2million by art experts.

Banksy later confirmed he was the person who shredded the artwork, adding that he had installed a shredder in the frame years earlier in case the piece sold.

His most recent piece was graffiti painted on the side of a house in Barton Hill, Bristol.

It featured a girl shooting a slingshot of real red flowers and leaves and was created to mark Valentine’s Day.

The piece was later defaced, but Banksy said he was “happy”, adding: “The initial sketch was much better.”

2020-04-16
Previous Post: Art Review: The University of Maryland Art Gallery’s “Pause, Play: Selected Works by Jonathan Monaghan” online exhibit transports you to alien lands.
Next Post: A new piece of public art could be on display at Riverfront Park as early as this summer