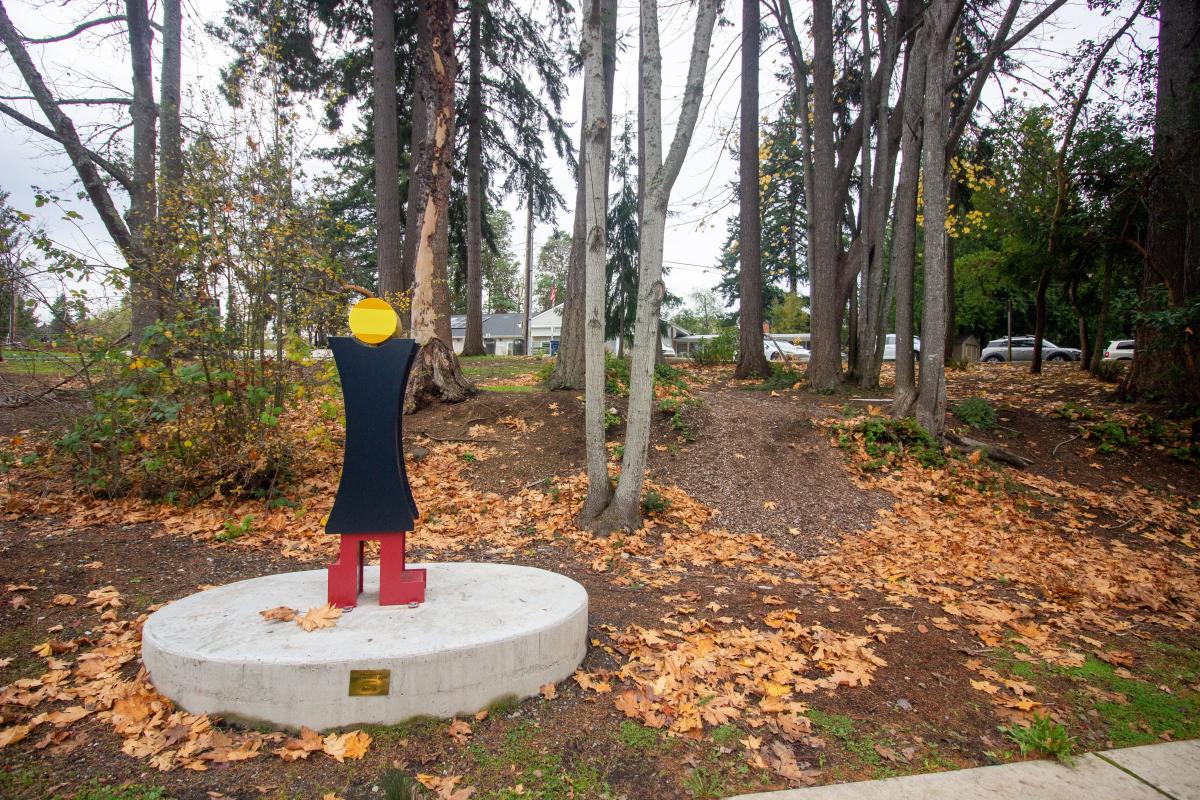 BATHBRIDGE ISLAND – A public art installation in Winslow’s Waterfront Park has been found labeled with a swastika, and island groups quickly denounced the symbol of hatred this week as plans to repair the part progressed.

Arts & Humanities Bainbridge helps coordinate the art of the park, which is funded by the Town of Bainbridge Island.

“We’re incredibly saddened that someone tampers with Ed McCarthy’s’ I Watch Salmon from the Bridge Above,” the arts group said in a statement Wednesday, noting that they were working to fix the piece quickly. “Marking him with a swastika is a hate crime that harms our entire community.”

Arts & Humanities Bainbridge Executive Director Inez Maubane Jones said in an email the group had been made aware of the vandalism on Tuesday afternoon and said the city would proceed with repairs to the room.

In a statement released by Arts & Humanities Bainbridge, Rabbi Darío Feiguin of the Kol Shalom congregation in Bainbridge said it was with “shock and pain” that his congregation heard the news.

“Our community has known a peaceful, harmonious and loving coexistence among all, without distinction of belief, political ideas, color of skin, origin or social status,” he said. “It is particularly tragic to see this vandalism and this act of hatred become visible in a work of art, when in reality art is one of the universal languages ​​which unites peoples. We are concerned as members of the Jewish community, but also as members of the general communities of Bainbridge Island and North Kitsap County. We know from historical experience that hatred for one group can quickly turn into hatred for each other. In the end, it’s just hate that can destroy. “

Town Hall and the Town’s Racial Equity Advisory Committee issued a statement condemning the vandalism, saying in part, “This vandalism does not represent the open and welcoming spirit of the Bainbridge Island community. Our condolences go out to those who have been injured or suffered as a result of this racist vandalism. “

Nathan Pilling is a reporter who covers Bainbridge Island, North Kitsap and Washington State Ferries for the Kitsap Sun. He can be reached at 360-792-5242, [email protected] or on Twitter at @KSNatePilling.