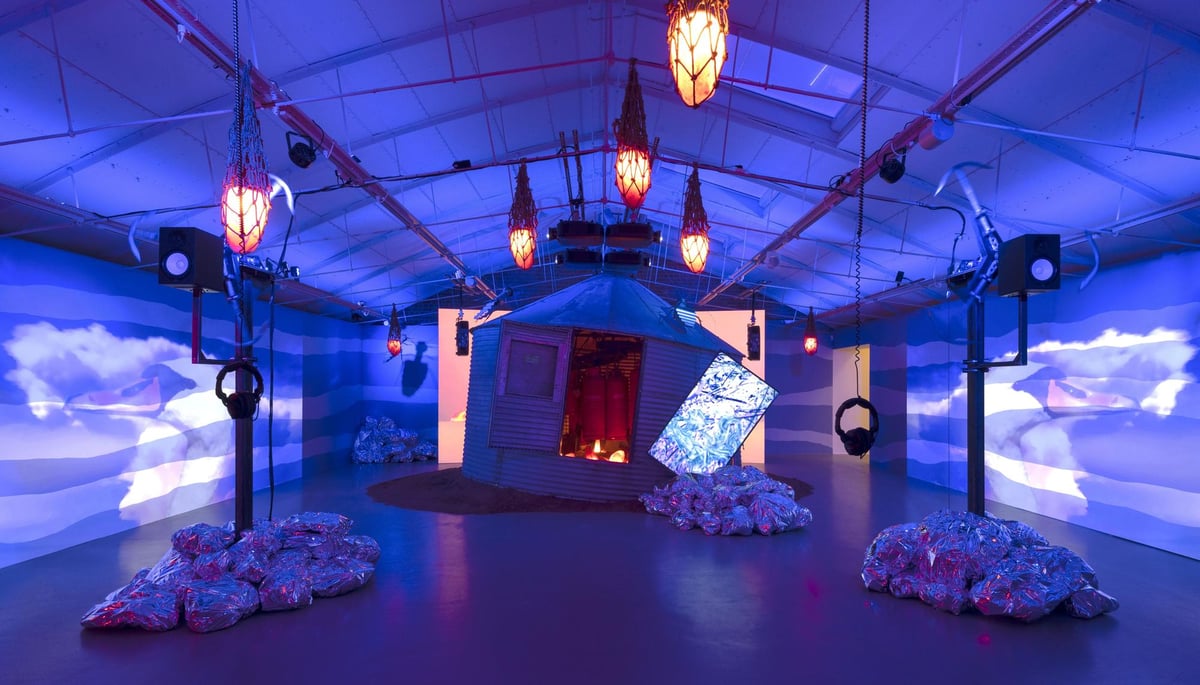 The Turner Prize has had a tough few years (don’t we all). There was The Covid One (2020), in which ten scholarships replaced one prize, The Collectives One (2021) in which all the shortlisted applicants were artistic collectives and, perhaps most intriguingly, The One Where All The Artists Clubbed Together And Shared the Award (2019). This year, with a shortlist of four, exposure, and (hopefully) a winner, there’s a sense of being back to business as usual.

That said, the four artists on the shortlist couldn’t be more different. Sin Wai Kin, 31, is one of the youngest artists ever selected. Mixed and non-binary, they produce a performative work exploring identity. Heather Phillipson is 44, a mid-career artist – and poet and musician – who makes immersive installations. Ingrid Pollard and Veronica Ryan are both black women artists in their late 60s, but the similarities end there: their practices are as different as chalk and cheese.

One of the aims of the Turner Prize is to promote contemporary art to a wider audience than usual, and curators at Tate Liverpool have taken the unusual step of putting the interpretive material front and centre. Four well-made films present the work before meeting it. While this prevents us from engaging with art solely on its own terms, it is well intentioned, an example of the care taken in exhibition that also betrays an undercurrent of uncertainty. It’s an anxious Turner Prize for an anxious world.

After the four films, it’s straight down a hallway lined with blinking animal eyes, saturated with red light and throbbing with sound: Heather Phillipson’s Rupture No. 6: biting the blowtorched peach, a reworking of her installation made for the Duveen Galleries at the Tate.

The corridor projects us into a larger space lit in blue with films projected on the walls: a swan on a lake, a cloud, a setting sun turning into a peach. There are hurricane lanterns, boat anchors transformed into wind turbines, thunder, the chirping of birds, the hum of machines. The focus – if there is one – is on a crooked silo made of corrugated iron. The salt crystal lamps diffuse a strange light. The gas canisters knock gently together. There are giant insects. The approach is cumulative: more is more.

Nothing of calm is consistent, but there is a sense of latent dread. “What’s the use of losing heart now?” said the voice over the audio. “We should have thought of that years ago.” Is it the wreckage of contemporary civilization? A parallel universe, or this one, post climatic catastrophe? The work resists a fixed interpretation, even if, by its scale and its sensory overload, it cannot fail to make a strong impression.

Sin Wai Kin’s work also promotes fluidity, for different reasons. The Toronto-born artist uses performance to explore – perhaps explode – questions of fixed identity, appearing in both male and female drag. Their strongest work is It’s Always You, in which Sin plays the role of each of the four members of a boy band: the clown, the idol, etc., all recognizable constructs. Everything is smooth, trendy and ironic: the videos, the posters, the life-size cardboard cutouts, the hypnotic voice chanting: “Together we are one” and “I see myself in you”.

A new 23-minute film, A Dream of Wholeness in Paris, references (as everyone seems these days) Octavia Butler and Ursula K Le Guin, as well as Taoist philosopher Chuang Tzu and the makeup styles of Chinese opera. It’s full of mirrors and duplications, masculine/feminine, East/West, interior/exterior, but its particularity makes it difficult for the viewer to access. The idea that the self is multiple isn’t new, and 23 Minutes is a long time watching a young person explain it.

Veronica Ryan’s work, which we come to just after Phillipson’s cacophony, feels at first like an oasis of calm. Ryan’s pieces are mostly small-scale: long crocheted bags containing pods; the fruits are cast in bronze. Seashells are tied with colored yarn and placed in handmade paper baskets. You might see references to climate change, world histories, disease and healing (there’s a neat stack of surgical pillows in one corner).

Everything is in place: there is, we feel, not a single pod out of place. The objects, all banal, are cradled, cushioned, imbued with meaning. And, strangely, you start to feel nervous, as you might in a china shop, in the presence of too many fragile things.

Although it has a certain intriguing beauty, there is something wrong with the scale. It is as if, by bringing these intimate little things together in a large environment, they distance themselves from the viewer. You find yourself leaning in and peering, while the things you’re trying to see stay (like their meaning) just a few steps too far.

Ingrid Pollard, the last artist in the exhibition, is the one whose work conceals the least ambiguity. The main body of work here is Seventeen of Sixty-eight, a product of 25 years of work in his photography-based research and practice in pubs in Britain as The Black Boy.

So she discovers a wisp of casual racism woven into the fabric of small towns and rural Britain, revealed here in pub signs and grotesque menu boards that have, presumably, become so familiar to those around them. that they no longer see them for what they are. are. His found objects and his images present him, like a museum, calmly and without commentary.

Another room includes several older works from 1991 and even older photographs of protest marches that were part of No Cover Up, her 2021 project at the Glasgow Women’s Library. A new piece, Bow Dow and Very Low – 123 is inspired by a snippet of footage from a 1944 propaganda film that shows a young black girl doing something between a bow and a bow. Movement is reproduced and accentuated in a group of kinetic sculptures made from found objects. They’re clunky and squeaky, but don’t miss the message. A quote on the wall by Maya Angelou reads: ‘Now you understand why my head is not bowed’.

In a way, this year’s Turner Prize lays bare the generation gap. Pollard’s work has a lot to say about race, about gay rights, about the battles that had to be fought. The two young artists grew up in a world with fewer battles and, therefore, fewer fixed landmarks. Everything is fluid, everything is playable, and it should be fun, but it’s not, it’s full of anxiety.

It’s a show full of contrasts: neat but a little disappointing; confusing, sometimes frustrating, sometimes enlightening. In short, I’m happy to report that the Turner price is back to normal.