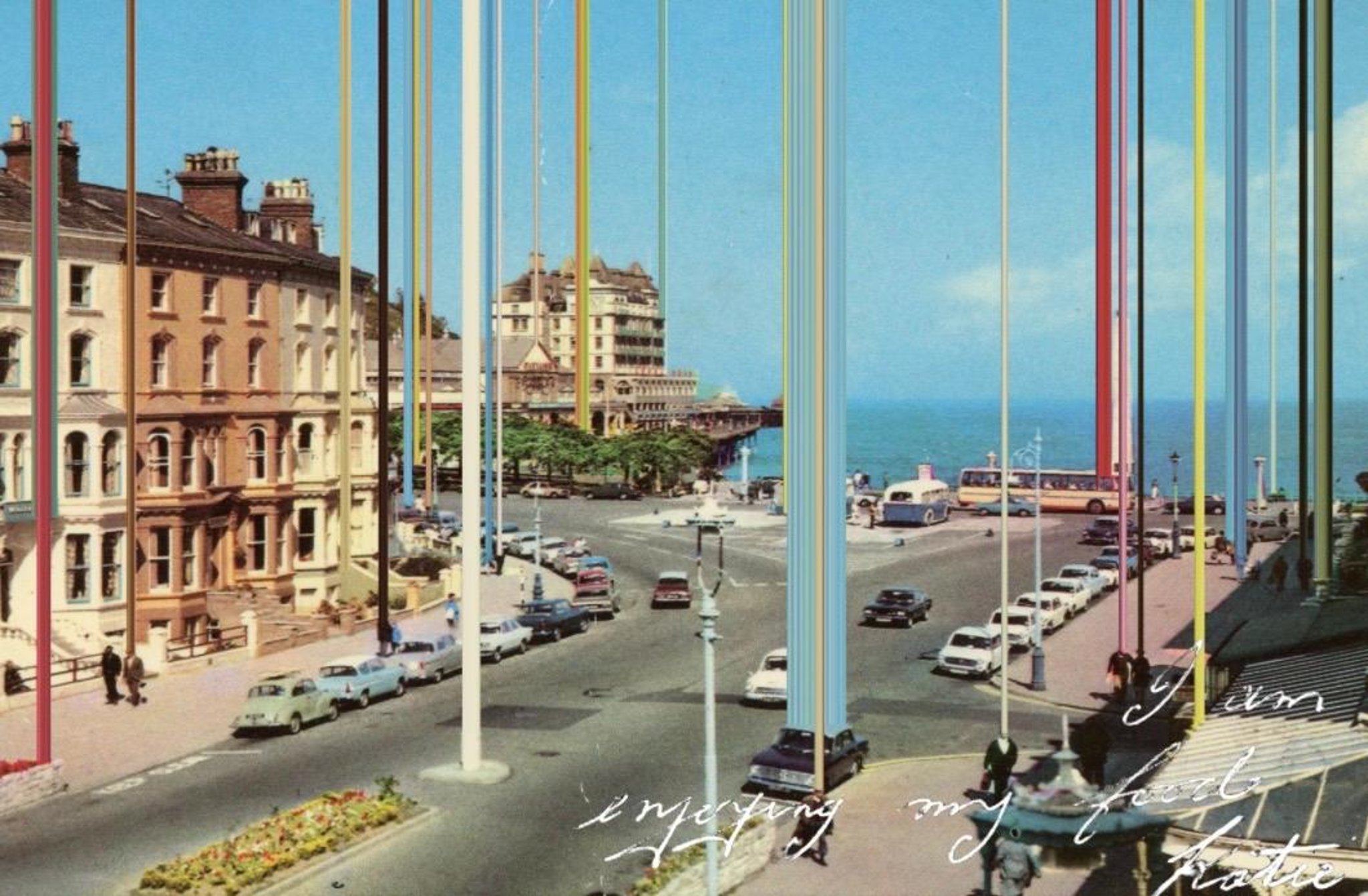 By: Marlene W. Glover
In: Art review
I Enjoy My Food, 2022, by Stephanie Dulson

Two major events feature in the Royal Scottish Academy’s busy calendar: the Annual Exhibition and New Contemporaries, which features works by artists selected by Academy members from the degree exhibitions of the five art schools in ‘Scotland. Except, of course, it didn’t quite work out that way in these troubled times. The New Contemporaries 2022 show includes around 50 artists and a small group of architects, but they are actually the promotion of 2020, although even then the process was not normal. There were no degrees in 2020. The selection had to be made from online submissions. The exhibition should then have taken place in the spring of 2021, but that was not possible either. So we missed a year, and the class of 2020 is actually presented in 2022. Somehow, the program will have to make up for the missing year of 2021. Meanwhile, the graduating students of 2020 have also had an extra year. They may be a bit more advanced in their careers, but on the other hand, the difficulties of the past two years may have also been particularly acute for students, and they may have needed more time. Teaching was online and they had to try to find space to work from home rather than in their university studios.

Certainly, a troubled mood is apparent from the start of the show. The right half of the first gallery is entirely occupied by the astonishing cut-out and life-size drawings of Madeleine Wood. Covering both walls, from floor to ceiling, some are glued together in loose assemblies, while others stand alone. Alone on the back wall, a single figure resembling a female version of the ancient forest spirit, the Green Man, dominates the scene. Emerging perhaps from the forests of the artist’s unconscious, the whole is an extraordinary phantasmagoria of strange creatures, but all drawn with real energy and conviction.

Refurbishment of Exhibition #05, 2020, by Tayo Adekunle

At the other end of the gallery, Rosie Trevill’s work is not so different in mood, but is altogether more restrained in presentation. It consists of three banners hung in red cloth with what is apparently a record of his thoughts and mental struggles. It seems to be written in his hand and then screen printed in white on a red background. Due to the way the fabric hangs down, not everything is clearly legible, but that might be the idea. Writing is an action in itself, even without a reader.

Josie Jones’ work is just as thoughtful, if a little less troubled. It is a set of images, some figurative, others abstract. Assembled in intersecting layers, they seem to oscillate seamlessly between painting and photography. The effect is a bit like the poetic mental space Rauschenberg created by mixing paint with grainy newsprint images transferred to canvas.

Jack Whitelock paints strongly designed abstract images. They really don’t need a chandelier, although he felt compelled to offer one. Catherine Eckersall’s painting Erigall Erigall is a striking variation on the theme of one of Max Ernst’s magical mountains and her other images are equally surreal. Ellen Mitchinson creates powerful paintings that resemble the childhood game of “heads, bodies and legs” gone wild. She tells us that her work “explores the infinite mutability of the human body”, but her paintings are essentially a jumble of body parts with a few added heads. Everything is done with such conviction that the effect is truly impressive.

A good drawing highlights a lot of the best work here, but Lauren Ferguson goes one better and exhibits a group of huge single pencil drawings, a boat on a trailer and the lower half of the trunk of a giant, almost life-size Wellingtonia and with a plaque stating that it was planted by Queen Victoria in 1842. Fanny Arnesen also features pictures of trees. She is Swedish and her four large paintings capture the atmosphere of the forests whose frightening darkness fueled the imagination of our Nordic ancestors.

All artists present their work with cover notes. It may be a requirement, but it is surely unnecessary. Most of the time, they offer improbable interpretations of what artists do or try to do, written in the murky language of contemporary critical gibberish. (We can’t blame them. It’s the zeitgeist.) However, Kinga Elliott is pretty straightforward about her beautiful abstract paintings. They are, she says, “a game of shapes and colors in search of a balance in the composition”. Absolutely. As she says herself, some of her compositions are geometric, others organic. The results are original and very satisfying. On the opposite wall, a street scene by Sofia Hallström recalls de Chirico’s mysterious cityscapes, but is then surrounded by an iron grille. She does something similar with her other photos and the effect is quite surprising. Nearby, Maeve Laurence collects rainwater in a used denim funnel, then stores it in jam jars. It seems like a charming satire on wasteful pursuits in modern life, as it concludes that she may not be a rain-gatherer forever, but at least “I can keep doing my own thing”.

There are several photographers among the artists, but the most striking photographic work is a pair of nearly life-size triple portraits – or self-portraits? – by Tayo Adekunle. She also introduces her own clothed figure into photos of 19th-century nude black women, creating a telling, wordless commentary on a history of exploitative imagery.

Women’s history is also the theme of Stella Rooney’s work exploring the stories of the women who worked in the jute mills and other industries and who she says made Dundee a matriarchal city. Aisling Ward has undertaken a side project on the lace industry in Nottingham. They are essentially sociological projects about women and work, although Ward’s film about lace rendered as a dance move is closer to the metaphor that is the stuff of art. Kiera Saunders makes extraordinary face masks from scrap and recycled materials. They are truly grotesque and that seems to be the point.

Members of Alicja Rodzik’s family were murdered during the Holocaust, and she reflects on her horrors in a solemn and touching group of works. Deuil, bust in profile of a pensive young girl in sewn black fabric, is indeed a very eloquent piece. Rachel McClure makes less troubled poetry, walking around Elgin and recording her experiences in a series of square plaques. Either in plaster or in cast iron, they are inscribed with short texts such as “Footsteps, Moray Street”, “Laughter, Batchen Street”, “Silence, Lockdown, C19” or outright “Shitstorm April, C19”.

Certainly, spoken or not, the pandemic looms over this show and it has a clear influence on the most defining work here. From Molly Kent, this is an extraordinary set of ten woven works. Varying in size and presented as a linked unit, they depict the artist’s own nightmares through 2021, obviously reflecting on his diagnosis of CPTSD and the disruption of the pandemic more broadly. Images of fire, vortexes of light and dark and disembodied eyes, these are truly nightmares. The texture and the saturated color of the wool give them a particular intensity, but they also have a real beauty and mastery. They are a truly remarkable part of a show full of promise.

A message from the editor

Thank you for reading this article. We are counting on your support more than ever, as the change in consumption habits caused by the coronavirus has an impact on our advertisers.