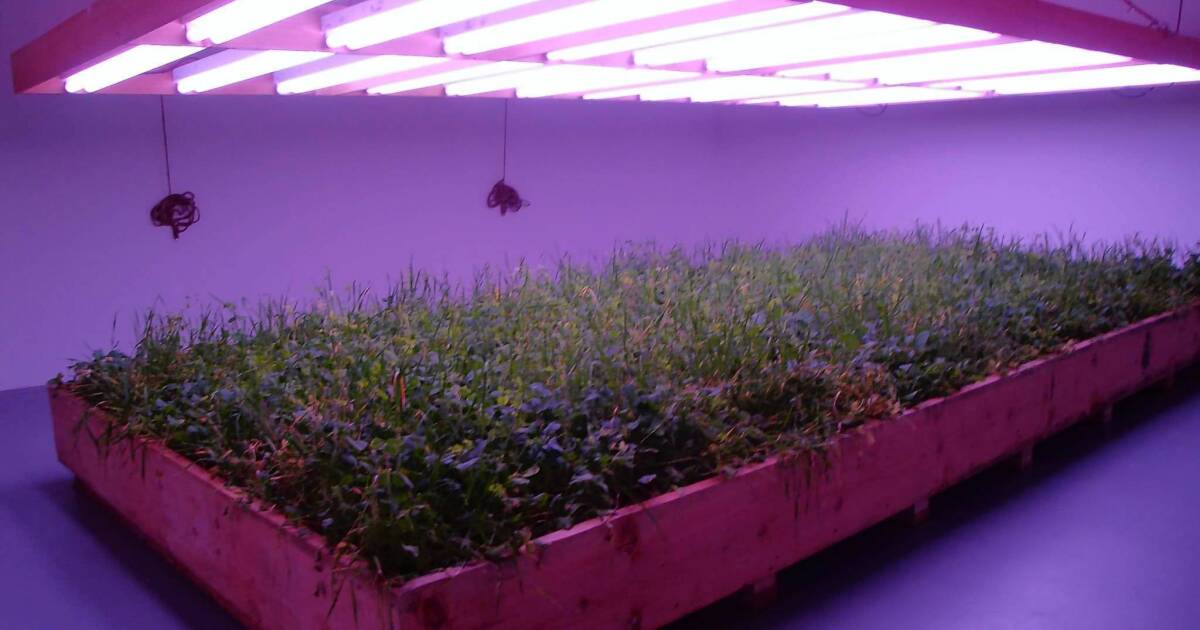 Art Review: ‘Ends of the Earth’ Brings Land Art Inside

In 1970, artist Robert Smithson gathered heavy equipment to lay rocks and rubble along a 1,500-foot-long path, beginning at the edge of a remote section of Great Salt Lake in the ‘Utah, and extending into the water.

In 1977, Walter De Maria harnessed the potential energy of a remote high desert patch in western New Mexico by installing 400 stainless steel poles – effectively lightning rods, each about 20 feet high – in a grid measuring one mile by one kilometer. .

Heizer, Smithson and De Maria are the “Big Three” of Land art, a genre in which artists intervene in the actual landscape rather than depositing sculptural objects on it or painting images of it. As shown in a provocative new exhibition at the Museum of Contemporary Art, the aforementioned works are easily the most famous examples.

“Ends of the Earth: Land Art to 1974” fills Little Tokyo’s Geffen Contemporary warehouse with 250 works by more than 80 artists. How can a museum show art that operates in the real landscape? Sometimes bringing a little piece of it indoors, as in a box field cultivated by Helen and Newton Harrison. Most of the time this is not possible. This is one of the reasons why the MOCA show is provocative.

The title “Ends of the Earth” is a double meaning, signaling the end of Earth art as it has been conventionally considered. The show pulls out its own heavy equipment to open the field. Mostly it works. One can quibble about some specific inclusions, but former MOCA curator Philipp Kaiser and UCLA professor Miwon Kwon have managed to dispel a number of entrenched ideas about the genre.

Despite the Big Three, Land art is not an exclusively American phenomenon. Israeli artist Micha Ullman swapped dirt dug in two pits, one on either side of the Israeli-Palestinian border, in a gesture of political border-breaking. German Franz Erhard Walther made temporary designs in a field using hemp rope. American sculptor Richard Serra traveled to Canada to create ‘Shift’, a sequence of six low concrete walls whose length and location were determined by the shifting visual relationships of two people traversing the topography.

In Japan, Tatsuo Kawaguchi filmed the moving line drawn by the ocean tides on the shore. In England, Richard Long created a spiral path on the floor of a gallery in white China clay, its length being equal to the distance between the base and the top of a local prehistoric earth mound.

Artists from almost every continent were involved. Not all of them were men.

Joan Jonas performed a filmed performance on top of a hill in which the dancers’ movements were choreographed by the strength and direction of the wind. The pictorial tradition of a dead moment – a memory of mortality – was extended by Michelle Stuart, whose dense, pebble-strewn graphite rubbings of the floor are reminiscent of tombstone rubbings. (Graphite itself is a form of elemental carbon.) Czech artist Zorka Saglova commemorated a World War II resistance hero with flaming gasoline in the snow.

The seemingly arid deserts of the American West added a romantic aura, but the cities were always in the sphere of land art. Four years before Heizer’s “Double Negative” in 1969-70, Alan Sonfist secured a commission from New York City for a large urban garden in Greenwich Village made entirely of plants native to Manhattan before the arrival of Europeans.

Perhaps most provocatively, Smithson is the only Big Three artist whose work is in the show. The great “Spiral Jetty” of 1972 is presented as a film and a text that the late artist produced.

But Heizer chose not to participate – even though his “Double Negative” is in MOCA’s permanent collection and was the inspiration for the show. Good aerial photography appears in the informative catalog, but Heizer – perhaps overly cautious – worries that documentation in a museum gallery distorts sculpture that can only be known by physical experience. Being there matters, especially in our wired world.

In language, a double negative is when two negatives appear together in a sentence, canceling each other out and creating a positive. Think about it when you see the show, and perhaps the sculptural emptiness absent from Heizer is metaphorically present.

As for “Lightning Field” by De Maria in 1977, it is later than the closing year of the exhibition of 1974. The curators chose the date because Land art was then fully institutionalized. New York State, for example, opened Artpark that year, a commissioned land art venue in a former landfill near Niagara Falls. (Today it’s mostly a concert hall.) A laudable undertaking, it was also a sort of cultural petting zoo.

Among the exhibition’s most interesting features are three “exhibits within an exhibition”, in part recreating crucial precedents. “Earthworks” was a Virginia Dwan Gallery exhibition from 1968, which contradicts common claims that Land art sought to escape the art market. “Earth Art” was displayed in a museum at Cornell University in 1969, complicating notions that it was a reaction against institutional constraints. And “Land Art,” a 1969 film for German television by Gerry Schum, brings mass media into the mix, throwing a technological wrench into the ecological romance that Land art represents a return to nature.

Many of these points are touched upon in a terrific, if unappealing, 1968 work by Dutch artist Jan Dibbets. An image of grass receding into the distance fills the entire visual field of a large landscape photograph. The mown grass of a park or courtyard belies remoteness, subsuming nature in cultural manipulation. The image is printed on linen, as if it were a painting.

The nearly 4-foot photograph also shows a square of rope held in place by four pegs driven into the lawn. The rope was actually a four-sided polygon in the grass, calibrated so that the camera’s viewing angle appeared square. The physical edges of the square photograph follow the image, enhancing the optical illusion.

As this visually available information slowly floods the eye and mind, perception begins to waver. The earth becomes unstable. Photographic truth too, and art too. Established boundaries do not fall; they are clarified instead.

This clarity was the first achievement of Land art. It was also his source. In the early 1960s, avant-garde paintings lost their frames, while sculptures dropped their plinths. The traditional furniture that formed an established boundary identifying the works of art has disappeared. If a painting was neither a window nor a mirror but an object on the wall, and if the sculpture stood on the ground like you, where were the boundaries of art? No wonder he ventures into the landscape. The fence had fallen.

Therein lies a flaw in the show’s ointment. The curators have included some background work to stage the Land art, but they are not convincing.

Jean Tinguely, for example, dragged one of his exploding sculptures across the Nevada desert at the request of a 1962 TV show. But not only is it little different from the sculpture he blew up at the Museum of Modern New York art two years before, but the pattern of sculpture made for a specific landscape was as mundane as a bronze by Henry Moore or Barbara Hepworth.

But that’s a minor complaint. Since last summer, MOCA has been going through a difficult period in its exhibition program. “Ends of the Earth” is his most thought-provoking and gripping show since then.

2012-06-03
Previous Post: Art review: ‘Art in the Streets’ at the Geffen Contemporary at MOCA | cultural monster
Next Post: Art Review: “Roy Lichtenstein: A Retrospective” at the National Gallery