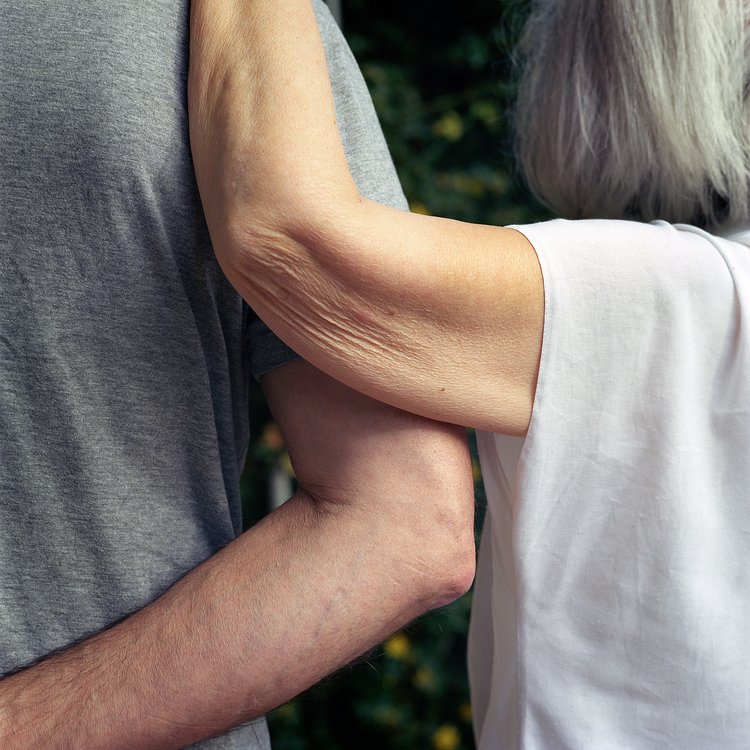 As I get older, I wonder more and more about the place of family in my life. When I was younger, I was sure the purpose of being young was to escape where I came from, to become something bigger. Now, the more I distance myself from my family, the more I realize their importance in my life. I am both my past and my present, woven together in a tight braid.

In “Abendlied”, the strange and intimate exhibition of photographs by Birthe Piontek presented at blue sky gallery until April 2, this inseparability of past and present seems to haunt every image. Now living on the unceded territories of the Coast Salish peoples in Vancouver BC, Canada, Piontek compiled “Abendlied” for six years whenever she visited family in Germany. The resulting series – whose collection of books was nominated by Time Magazine as one of the best photo books of 2019 – suffers from nostalgia, longing for what once was. Looking at each photo is like leafing through an old family album, filled with photos of people who have since changed or died, in which you will always recognize a fragment of yourself.

Along with going backwards, “Abendlied” also vibrates with fear of impending doom. Because the series captures the final years that Piontek’s parents lived in his childhood home before moving out due to his mother’s dementia, each photo hovers somewhere between art and memory. The work also seems to challenge the idea that there is a separation between the two.

More poignant than any other piece, two dads (2018) elaborates on this idea. In it, Piontek’s father sits on the stairs with hunched shoulders and holds his childhood photo in front of his face, leaving us to wonder: would his wife, Piontek’s mother, recognize that face? Could she pick him out of a crowd? Does she remember falling in love with it? I also wonder both how much and how little people change, over time.

Each photo delicately considers form, color and composition while repeating the question, what is change? What do we leave behind as we age? And what can’t we? Piontek, in particular, dances around that last suggestion — that there are some things in our past that we just can’t shake — with its sometimes playful, sometimes bizarre staging.

In some photos, Piontek stages the strangeness of memory with the help of objects, as with Mugs (2018), in which Piontek wraps a wobbly stack of thin teacups in what could be pantyhose – a material which, in soft light, appears woven, almost ectoplasmic. A strange hybrid between still life and sculpture, Mugs leans into the abstract without engaging with it, arranging the everyday in a form just unfamiliar enough to disrupt any sense of recognition, such as the quiet realization that things forgotten are lost forever.

In others, Piontek ponders memory in photos of his family members. In Karine (2018), two figures lean against a window sill, their legs dangling over its edge. The figures seem to glance at the camera but a curtain obscures their torsos and faces. Whoever they are, a sense of erasure hovers over her head – a nod to her mother’s dementia, perhaps, or just a nod to things lost over time.

In a similar composition, Shadow (2018), a boy is sitting on the windowsill. Her face is visible through the curtain this time, but the curtain provides some sort of screen for her impending shadow. Here, the curtain is not something that obstructs but something like a film that separates.

Many of his photos return to ideas of separation, erasure and yearning for reconnection. This game of obstruction and focus on expression suspends the viewer in a state close to recognition, asking them to lean close but not too close.

Along these lines, kiss (2018) feels like I interrupted a private moment. With the grandmother’s back to the frame and the boy, kneeling on her lap, partially visible, I find myself waiting for one of them to turn around and notice that I’ve entered the room.

I guess, in my mind, that’s the difference between good and great photography. While one is interesting, even compelling, the other blurs the line between seer, seen and scene. This effect makes room for one’s own memories to mingle with those on display in a gallery space.

Because of this effect, “Abendlied” feels intimate, even familiar. His use of soft light gives his work humility and transparency. On the other hand, Piontek’s masterful gestural staging focuses his reflection on the family on the precariousness of memory. Without being too open, she invites her viewer to sit with her in the present, to slip into the same meditative state that seems to mark each episode of the series.

In the end, this effect of Piontek’s work is what remains most memorable. In the immobility of each scene, she slows down the time of a patient and contemplative walk. Neither forward nor backward, but inward.

Blue Sky Gallery is located at 122 NW 8th Avenue and is open Wednesday through Saturday from 12 p.m. to 5 p.m. “Abendlied” runs until April 2. 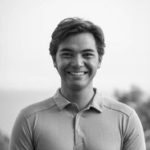 Justin Duyao is a creative writer and editor. He lives in Portland, Oregon, and is pursuing an MA in Critical Studies from the Pacific Northwest College of Art. He holds degrees in English Literature, French, and Religious Thought from Harding University, and his research interests include consciousness studies, sociolinguistics, and semiology.