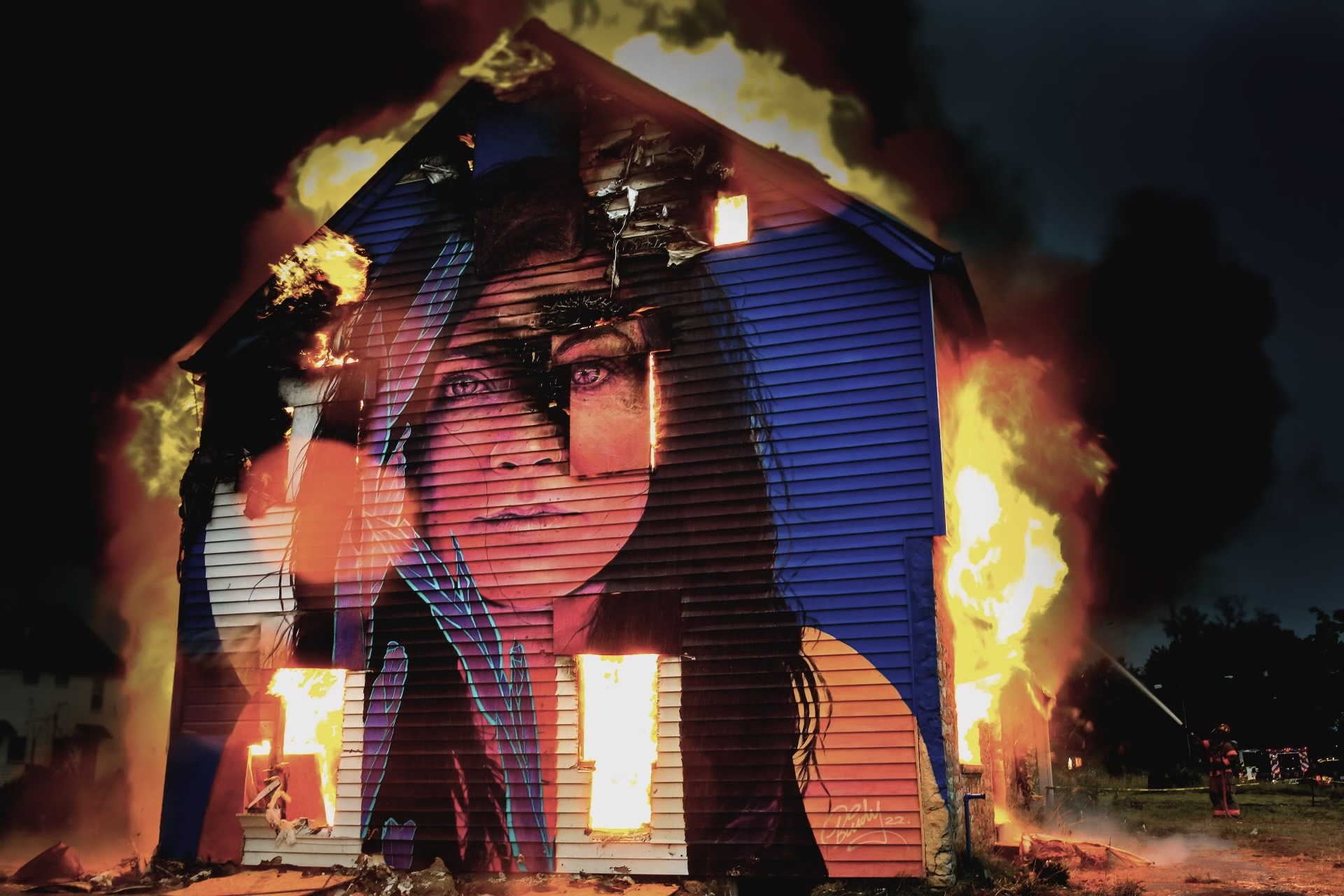 It’s the phrase that appeared in bold and black on a flyer for a new performance by Columbus muralist Mandi Caskey, who goes by Miss Birdy as an artist.

And in an age of deliberate hijackings and clickbait-driven titles, Caskey’s work, titled “Seeds Sown in Fire,” delivered exactly what it promised.

On August 20, more than 100 people gathered to watch an abandoned house in Whitehall burn down. The house was located in the condemned Whitehall area of ​​Woodcliff Condominiums, located on the corner of Broad Street and Hamilton Road.

Caskey, a member of the non-profit arts group Catalyst, was already involved with the area, as the group partnered with the City of Whitehall to paint many of the buildings – which will be demolished to make way for new residential development – a variety of bright colors.

When she discovered that one of the buildings was being used in a deliberate fire to provide local firefighters with a chance to hone their skills, she couldn’t ignore it.

“They said they had a practice fire and I was like, ‘Oh my God, this is my opportunity.’ I asked if I could paint the building they were planning to burn down, and the City called the fire chief on site to approve it,” Caskey said. “The fire department was nothing but excited . I didn’t think it would be so easy. »

For “Seeds Sown in Fire”, Caskey painted the building to be burned with a woman’s face and another nearby house with another woman’s face. The fire, which was started by firefighters after sealing off a radius and ensuring the house would fall inside, burned so hot it melted the wall paint of the adjacent house, making part of Caskey’s plan.

“I honestly didn’t know if it was going to work out, but it turned out perfectly,” she said.

Caskey said the piece is not only about the current place of women in society, but also about the idea of ​​permanence in art, something she faces as a creator of murals and other works. of art that occupy public spaces instead of a gallery wall.

“With today’s art circuit, it’s more or less like we have to preserve everything, but as a street artist I’m the opposite of things,” she said. “I loved the idea of ​​creating something and having it destroyed right away.”

You want to know more ? Check out our print publication, (614) Magazine. Find out where you can find a free copy of our new August issue here!