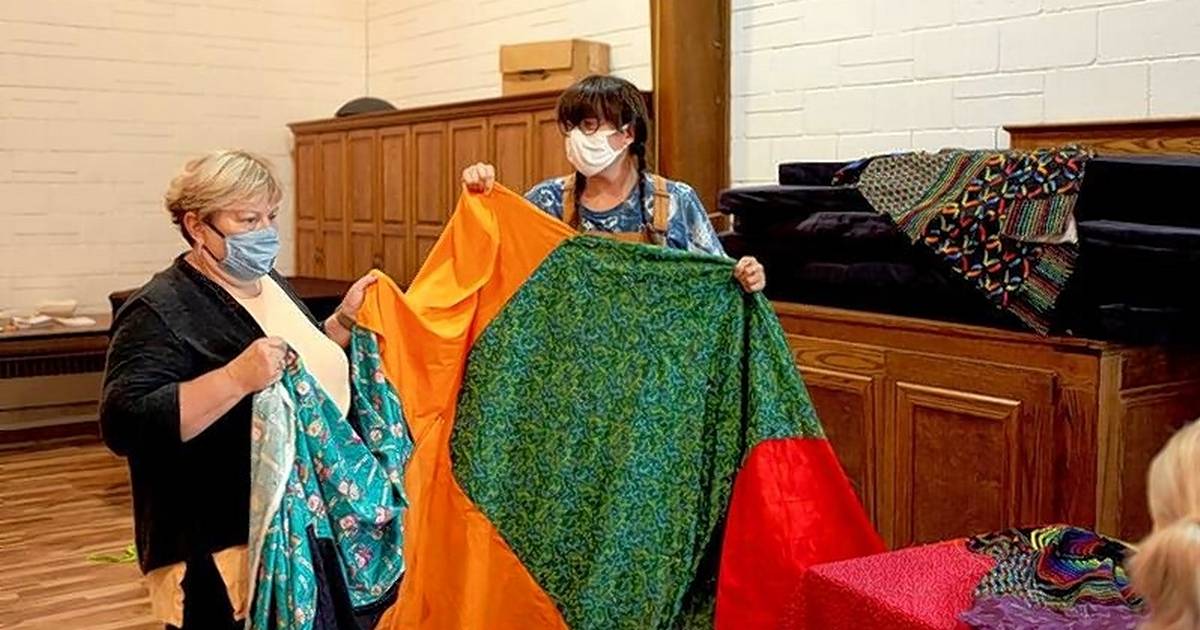 The large-scale fabric artwork that will be installed on the south wall of the St. Charles Municipal Building in downtown St. Charles on August 20 is a community project in every sense of the word.

The fabric art pieces that make up the project are donated and sewn together by community members.

“It’s a celebration of our collective efforts,” said Amanda Browder, an artist based in Brooklyn, New York, who oversees the project.

She is known for her large-scale fabric installations. The St. Charles Arts Council received a $10,000 grant from the National Endowment for the Arts which allowed Browder to come to St. Charles and coordinate the community textile art project, called “Our City Sunshine”.

The Kane County Chronicle is a sponsor of the project. Browder was supposed to coordinate the project last summer, but it was postponed due to COVID-19.

The temporary artwork will remain in place until St. Charles Jazz Weekend, which takes place September 9-12 in downtown St. Charles. Browder will work with the St. Charles Public Works Department to ensure the piece is installed safely.

“We’re going to mount it up and down with different types of weights and plates to make sure it stays put,” she said.

They plan to start installing the part at 6 a.m. on August 20. Installation is expected to be completed by 3 p.m. that day.

If weather conditions aren’t favorable that day, the fabric artwork will be installed another day, Browder said.

The piece is made from pieces of cotton fabric donated by the community. Browder was overwhelmed by the amount of donations received.

“We’re actually done receiving donations,” she said. “It’s been an outpouring of support. It’s probably one of the best donations I’ve ever received for a project I’ve done.”

Sewing is underway through Aug. 18 at Baker Memorial United Methodist Church in St. Charles. To sign up for a time, go to the St. Charles Art Council website at stcharlesartscouncil.org.

Browder is a big supporter of public art.

“Public art, community art and contemporary art are important in our everyday city and should not just be confined to museums and galleries, but rather be available to everyone, 24 hours a day and 7 days a week,” Browder said.

After being exhibited to the public, the work of art will be preserved and archived.

“It’s too important,” she said of the fabric artwork.

There will be a chance to meet Browder at an art wrap party at 6 p.m. on August 21 at the Arcada Theater Complex. The party will also include food, entertainment and a live auction.

Tickets are $110 per person and can be purchased on the St. Charles Art Council website at stcharlesartscouncil.org.