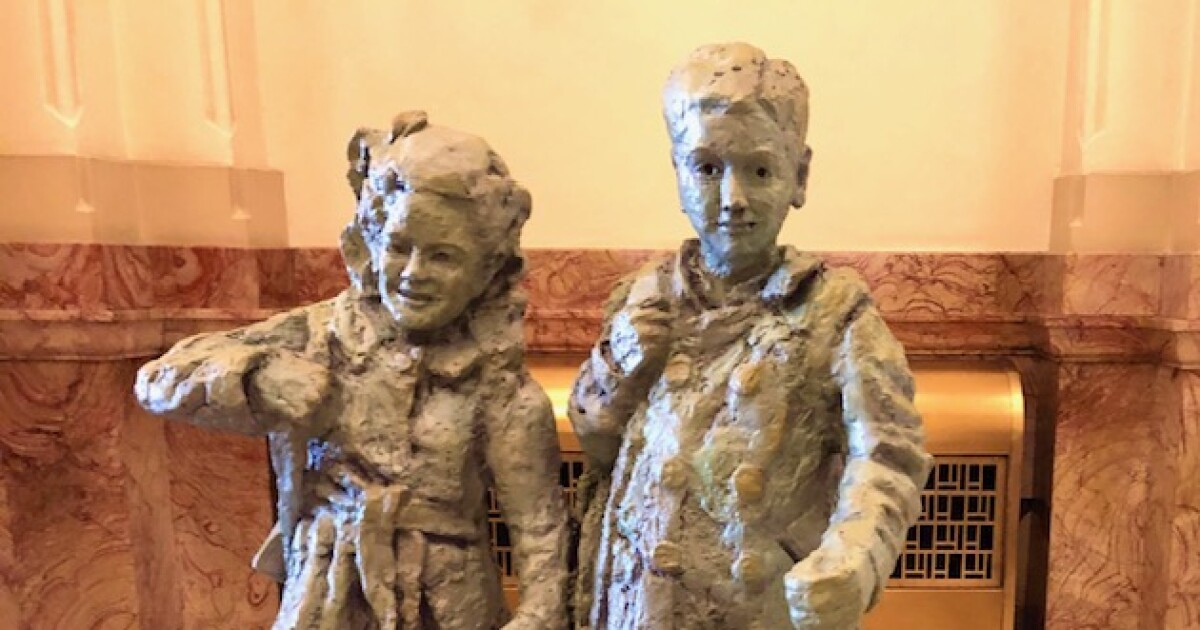 There’s a new art exhibit at the State Capitol – a sculpture of two children on their way to school.

“Cruzando los Traques” is the name of the bronze piece created by New Mexico artist Reynaldo Rivera. It symbolizes the Mexican American children of Alamosa County who were banned from attending the nearest school to their home. They had to cross train tracks and walk much longer to get to their Spanish-speaking school.

In 1912, Hispanic children in Alamosa were forced by the local school board to attend another school despite being fluent in English. There was a strong separation between “Mexican” and “American” children. When the parents tried to enroll them in an English school, the children were rejected. School officials enforced a policy that children from Spanish-speaking families needed language support.

Francisco Maestas and other parents organized boycotts and petitions, but found their voices were not heard. They managed to raise money and hired a lawyer to sue the school board. They prevailed. In 1914, Judge Charles Holbrook determined it was a case of social prejudice, recognized the children’s English proficiency, and gave them the right to attend any school in the district.

The Maestas case is one of many desegregation cases in Mexican American history and one of the first to win a victory over Hispanic educational segregation.

You can visit the bronze coin currently on display at the State Capitol for the remainder of the legislative session. He will then travel to other locations in Colorado and New Mexico. His permanent home will be at the Alamosa County Courthouse beginning in October.