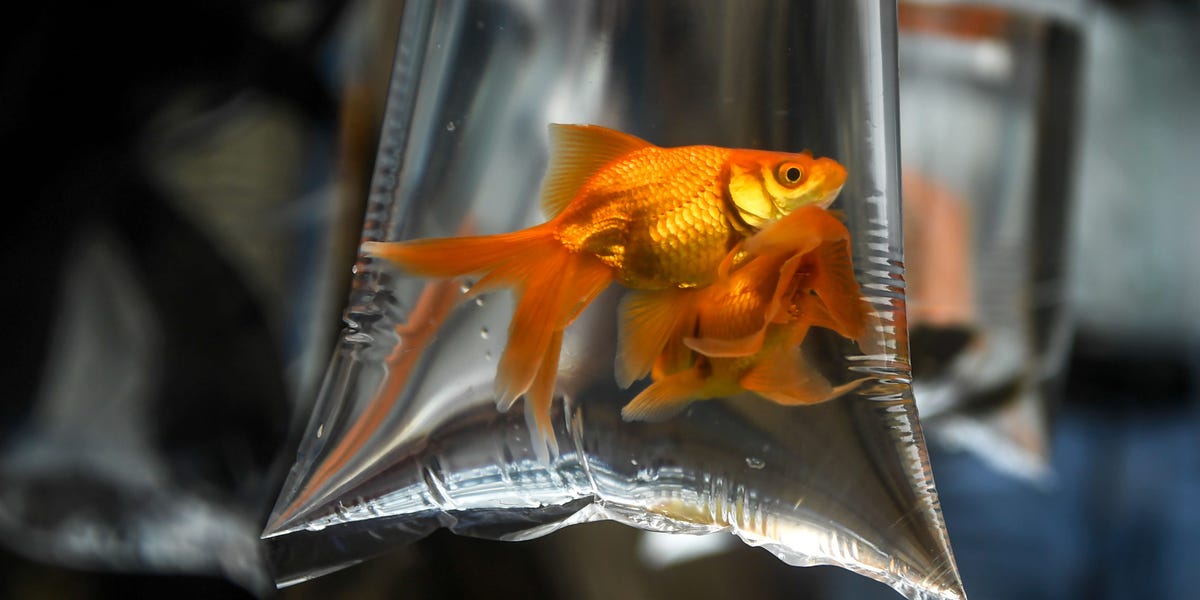 An artist who uses dead or dying creatures in his works had his installation – filled with 15 goldfish in IV bags – removed from a museum in South Korea on Tuesday.

Yu Buck’s artwork, named “Fish” and located at the Jeonnam Museum of Art in Gwangyang, South Korea, was considered by some to be animal cruelty, according to Artnet.

“The slow death of goldfish was meant to be part of my artwork. Now that the fish are gone, it has lost its meaning as an artwork,” Yu said. Korea Timetables. “Although it may be embarrassing to the general public, the artist thinks and speaks differently than members of the public.”

Buck’s artwork, which is part of an exhibit called “Mourning: In the Wake of Loss, A Curatorial Essay” that opened on June 30, has sparked concern from visitors and local advocacy groups. animal rights over the goldfish featured in the artwork, the Korea Times reported. The article does not specify which groups expressed their concerns.

Five of the 15 fish died after the exhibit opened, but the museum removed the rest on Tuesday.

“Art museums are designed to serve as open plazas as well as platforms for discussion,” a museum official told the Korea Times. “As we appreciate the feedback from visitors and the stance of animal rights groups, we have removed the goldfish after consulting with the artist.”

Similarly, an installation by artist Damien Hirst at the Kunstmuseum Wolfsburg in Germany was taken down earlier this month for its controversial live-and-dead fly implementation, Insider previously reported.

The Jeonnam Museum of Art did not immediately respond to Insider’s request for comment.