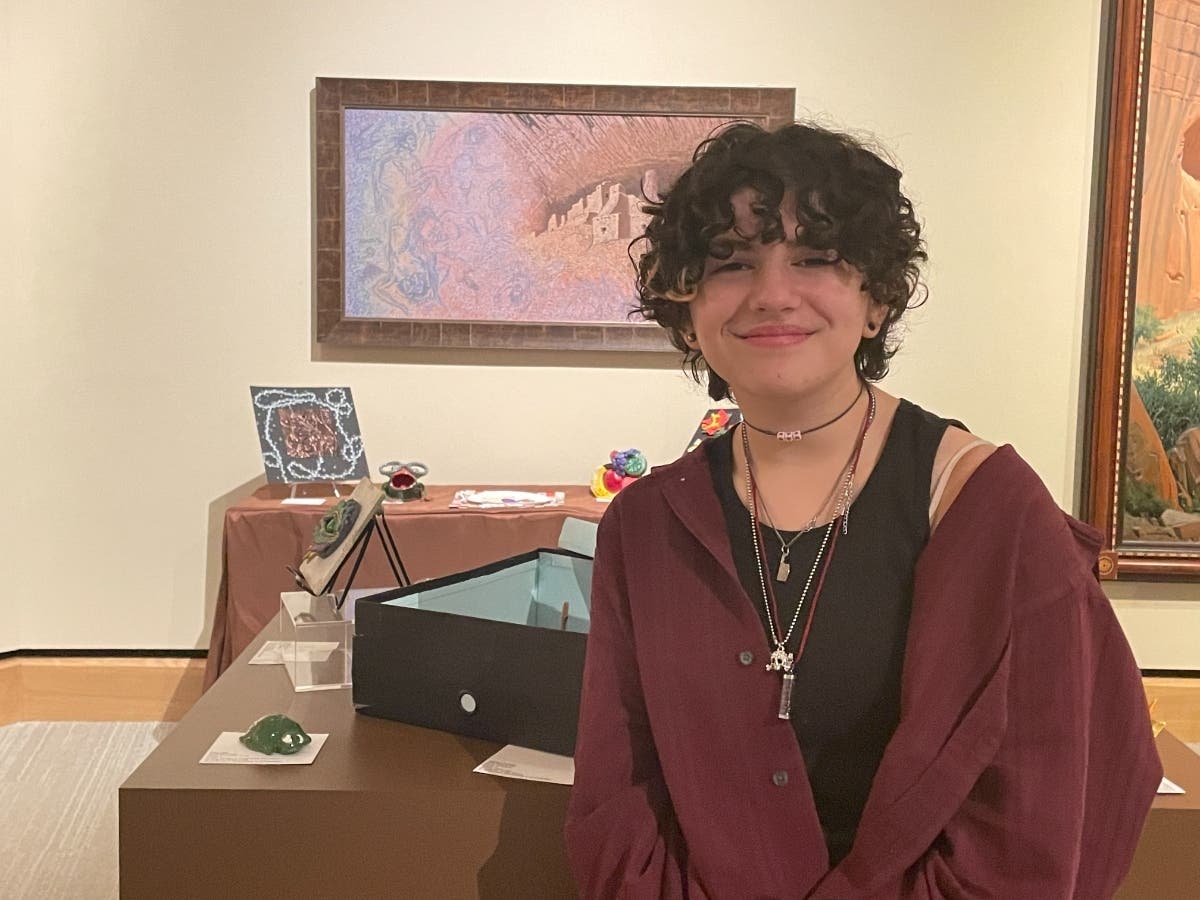 ST. PETERSBURG, FL — A routine event — going to a 7-Eleven store with friends — took on huge significance for a student isolated from friends during the first phase of the coronavirus pandemic.

The teen’s artistic rendition of that time spent with friends is just one of 243 3-D works of art created by Pinellas County students that are part of the student exhibit Dynamic Dimensions: Sculpture, Courts K-12 footage and photography, “Time inForms Art”. currently on display at the James Museum in downtown St. Petersburg.

In addition, 70 photographs and 40 films/animations were also accepted into the exhibition. The selection process involved several visual arts teachers who blind-graded 628 student submissions, according to a press release from Pinellas County Schools.

Amber Quimby, an art teacher at Pinellas County Center for the Arts at Gibbs High School in St. Petersburg, asked her 3D art and sculpting class to create a keepsake in a container.

“The prompt for the sculptures was a portable memory environment – ​​thinking about a memory they had and then they had a lot of creative freedom in how they would create that environment to allude or suggest what that experience was like” , Quimby told Patch Wednesday. evening at the reception of the exhibition.

A special memory for 14-year-old Haidyn Gordon is the first time she went to a 7-Eleven alone with her friends after the pandemic-related restricted gatherings. Gordon created a 3D piece of art from this special era inside a large Demonia shoebox.

“It was one of the only times I saw my friends in quarantine,” Gordon told Patch. “They all came to my house, and we decided we wanted some snacks and we headed to 7-Eleven near my house and the whole day stayed with me, so I wanted to make something out of that. day, and I thought making a 7-Eleven would be cool.”

“I think the way Haidyn brought it together with the characters and the sense of place, the aerial perspective, is unique,” Quimby said. “I really think it had so many great features.”

Gordon’s mother, Allison Gordon, told Patch that they were incredibly proud of the amazing job she did.

“She’s shown artistic abilities since she was little,” Allison said. “It’s really interesting to see someone who has a God-given talent and is passionate about it at the same time. She came into the world as an artist and always knew she wanted to do something in the world. art. How many of us get that in life?”

Allison, Gordon’s grandparents and uncle enjoyed watching Haidyn’s reactions and the other children’s reactions as guests reacted to their artwork.

Student work is displayed at The James Museum until May 8.