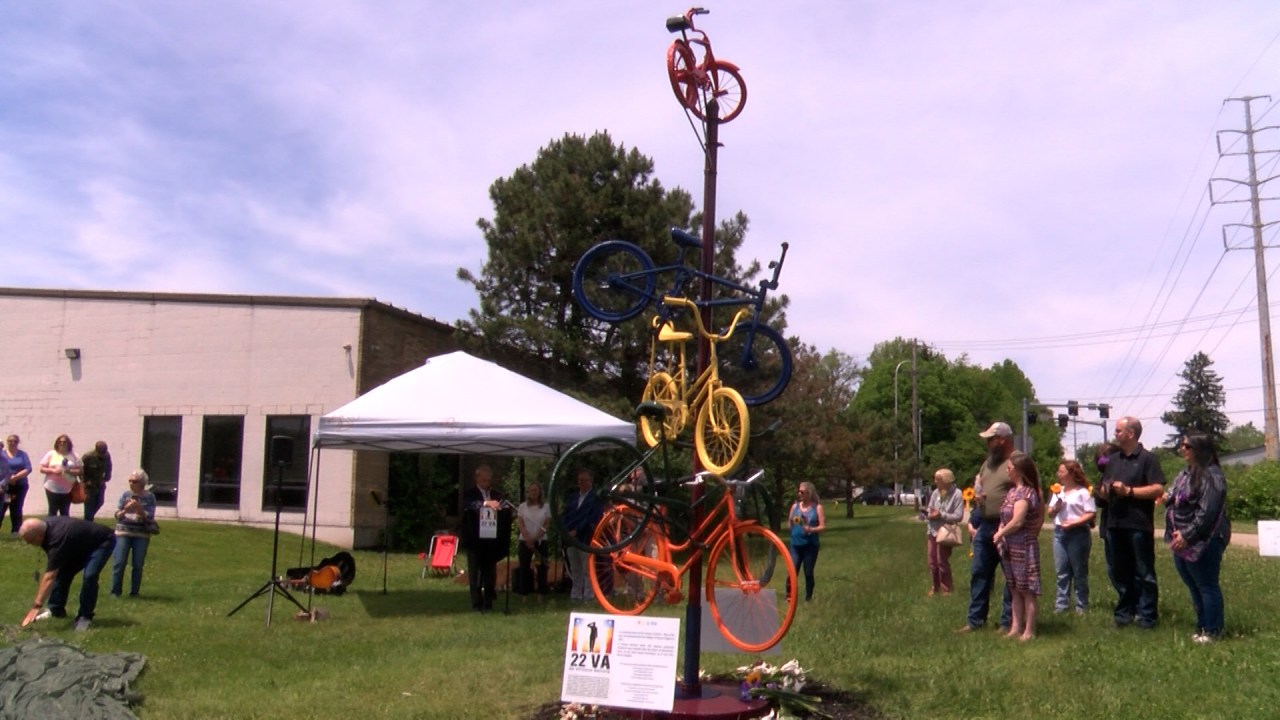 22 Veteran Artists is a group that raises awareness of the suicide rate of veterans and uses art as a form of therapy for veterans suffering from PTSD.

Dozens of people came out Saturday afternoon to see the band’s artwork, Roy G Biv “Wheels within wheels,” at the Peoria Heights Library, off the Rock Island Greenway trail.

The showcase was in honor of Memorial Day.

The name of the band’s bicycle-themed artwork is an acronym (Roy G Biv) for the colors of the red, orange, yellow, green, blue, indigo, and purple spectrum.

Band members said these colors evoke an array of emotions and moods that veterans connect with.

The bike on top of the piece was donated by a local veteran who died a month ago due to complications.

His daughter, Krissy Short who works at the library, attended the ceremony in his honor.

She said she discovered the piece donated by her father after he offered to help install and learn more about the sculpture.

Short said he would be proud of what 22VA does for veterans.

“This healing through art and just healing is so important, helping others was very important to my dad,” Short said.

She said seeing this sculpture outside her workplace every day assures her that it is always with her.

“He’d be so proud of it and he’d probably be as shocked as I was that it was here at my workplace, and then he’d probably say he wanted it that way, you secretly know that,” Short said.